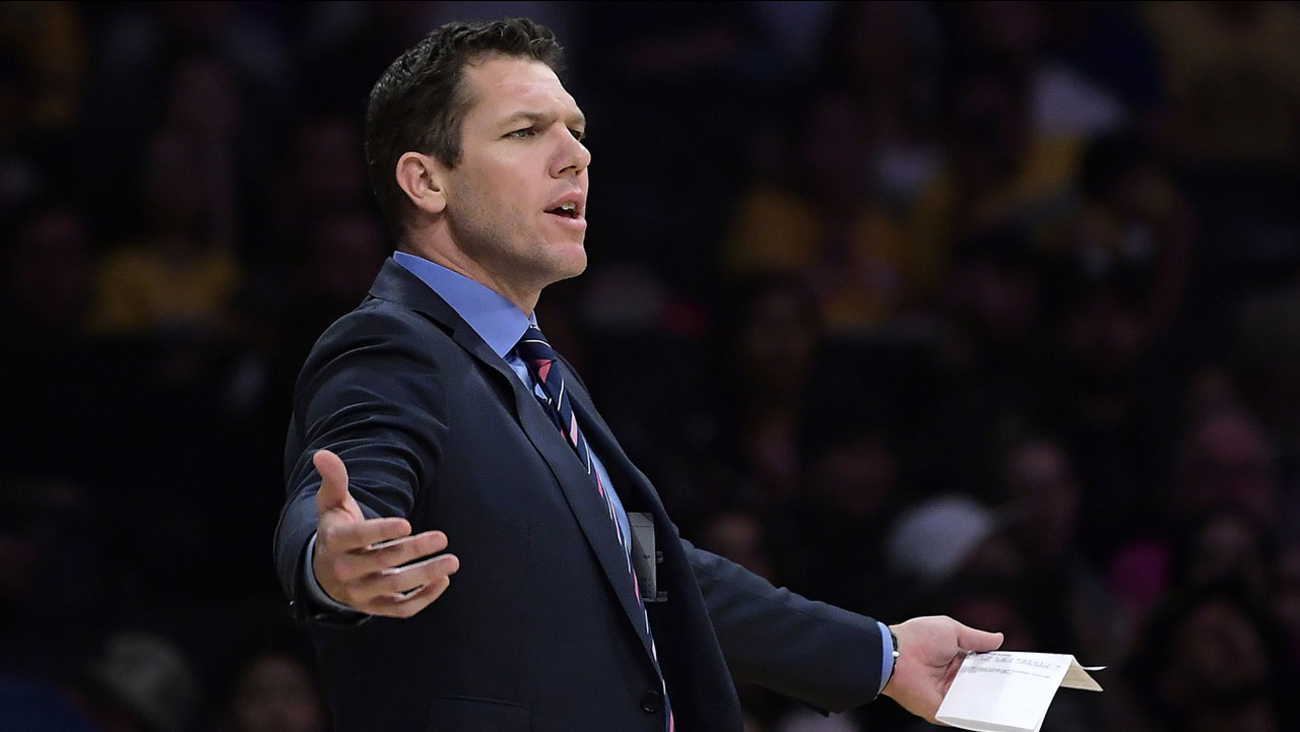 LOS ANGELES -- The Los Angeles Lakers announced Friday that the team and Luke Walton have agreed to mutually part ways.

"We would like to thank Luke for his dedicated service over the last three years," said Lakers General Manager Rob Pelinka in a press release. "We wish Luke and his family the best of luck moving forward."

The news comes just days after Magic Johnson's surprise resignation as the Lakers president. Walton is leaving with two years remaining on his five-year contract.

Los Angeles Lakers fans were shocked to hear the news that Magic Johnson has resigned as president of the team, just hours before the final game of the season.

Walton thanked the Buss family for the opportunity to coach the Lakers.

"This franchise and the city will always be special to me and my family," he said in the press release.

The team finished a frustrating and disappointing 37-45 in a season that began with massive expectations following Lebron James' arrival.

There have been rumors that Walton may be headed to the Sacramento Kings as their new head coach.