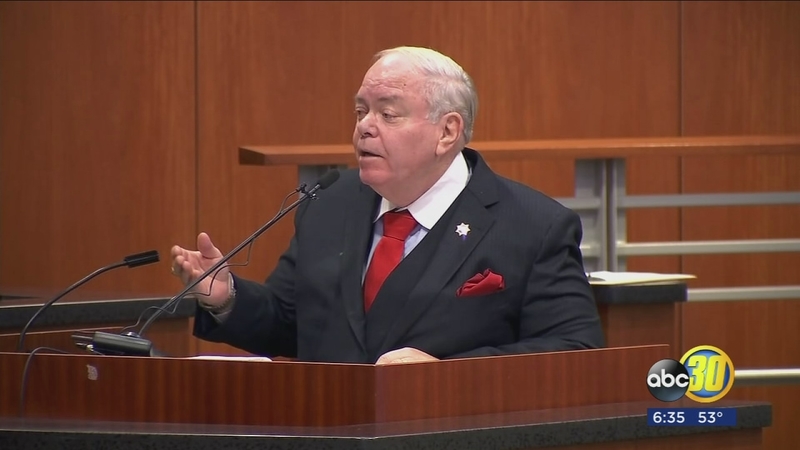 The board cannot legally fire David Linn, but say this denounces his actions and lets the public know they do not condone these actions.

Linn said, "This meeting is about political retribution."

The Madera County Board of Supervisors call it an abuse of power but the district attorney is calling it revenge.

The investigation report was enough for the board to censure David Linn in light of alleged abusive conduct.

Madera Co. Supervisor, David Rogers said, "They're explicit, they're not everyday conversations, they're threatening... it's terrible."

An investigator read out some of the findings, saying at least 10 people were interviewed.

She told the board there was enough information to back the claims that Linn made harassing and racist comments, as well as lewd and sexual gestures against female employees but Linn, says all the allegations are untrue.

"This is a political witch hunt," said Linn.

He says his office is currently investigating Supervisor David Rogers for the alleged violation of the Fair Political Practices Act.

Meanwhile, he claims Supervisor Brett Frazier is being looked into for receiving funding from Fresno based developers.

"We're here today because you gentleman are afraid because you know what you have been doing and the way you've been running this county for all the years you've been in power," said Linn.

But both Rogers and Frazier say this is a cover-up for Linn's own wrongdoing.

Frazier said, "You knew you were under investigation, you were trying to hold whatever you could over anyone's head."

"Anybody that' gets in his way, he's going after them," said Rogers.

Linn also released information regarding a complaint from a disgruntled employee, to which the Equal Employee Opportunity Commission stated there was not enough evidence to back the claim.

Despite the denial, the Madera County Prosecutors' Association revoked its endorsement for the DA.