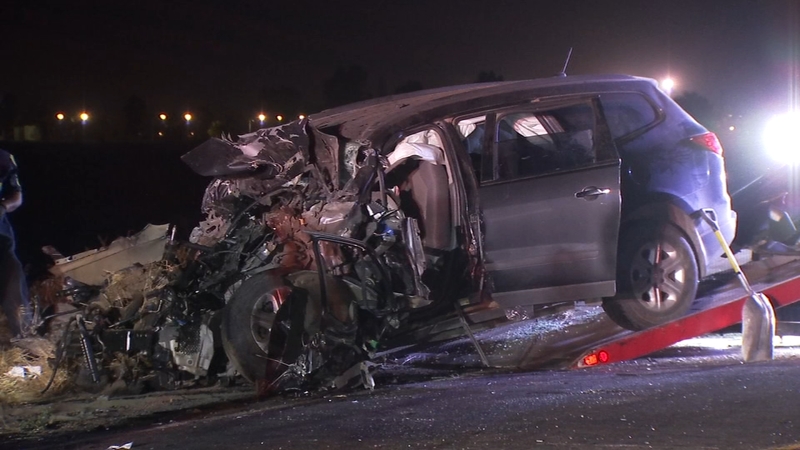 A trail of broken glass and car parts lay scattered across Ave 16.

For several hours, California Highway Patrol had the roadway blocked as Chowchilla Police and Fire spent two hours taking measurements and clearing the roadway, trying to piece together what happened.

Chowchilla Police Sgt. David Burnett says it was just before 6 Wednesday evening when a driver slammed into the back of a trailer hauling farm equipment.

"We don't know how fast he was going but it looks like he was going at a fairly high rate of speed," says Burnett.

The mangled car left behind had many officers stunned the driver survived.

He was airlifted to Community Regional Medical Center with critical injuries. The other driver, too shaken to speak on camera, was unharmed.

"There's a lot of traffic out this time of year, people are visiting from other places. Just slow down and watch where you're going," says Burnett.