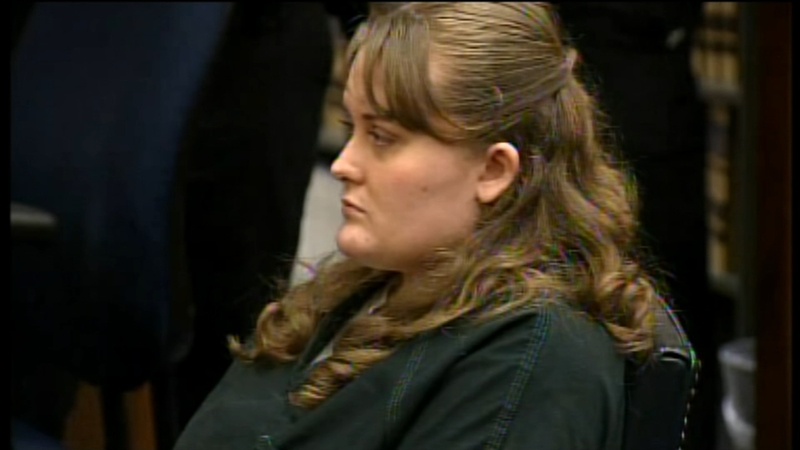 FRESNO, Calif. (KFSN) -- Once a teenager found guilty of orchestrating the murder of a girl she viewed as a romantic rival, a Madera County woman is fighting to get out of prison under the new rules of Prop 57.

Four years ago, a judge sentenced her to life in prison without parole.

When a jury found Brittany Navarra guilty of murder, a dark cloud finally broke for her victim's family.

But Tuesday, the wind blew in a new storm.

Navarra was back in a Madera County courtroom, with a chance at freedom.

"The people obviously are arguing this defendant is not a fit subject for juvenile court," said Madera County district attorney Sally Moreno. "She should be transferred to adult court."

Even though Navarra is now 27, her case is officially in juvenile court.

Prop 57 changed the rules so prosecutors can't just file an adult case against a juvenile. They have to convince a judge.

"Did this take planning and preparation and consideration and is this the kind of crime that should be held accountable under adult standards?" Moreno said the judge will consider. "Or are these crimes that are committed typically by juveniles? Do they reflect the fact that someone didn't have adequate time to think about this? Is this an impulsive kind of a crime?"

It's called a fitness hearing or a transfer hearing and Navarra gets one because she was 16 at the time of the murder and hadn't exhausted her appeals by the time Prop 57 became law.

But if a judge disagrees, the case stays in juvenile court, and if it does Navarra gets out of prison because is 27 now and juveniles don't stay locked up past age 25.

"Everybody's passing laws thinking about defendants and criminals and it seems like nobody pauses to think about what happens to the victims in this case and many other cases where they thought this was done and they put this to bed and then 'no that's not the case'," Moreno said. "We're going to dredge it all up again and again."

The judge wouldn't allow our cameras in the courtroom Tuesday, but Navarra sat by her attorney in shackles and a blue-and-white polka dot prison jumpsuit.