'She got too close to the waterfall': Crews detail back-to-back rescues in Madera County 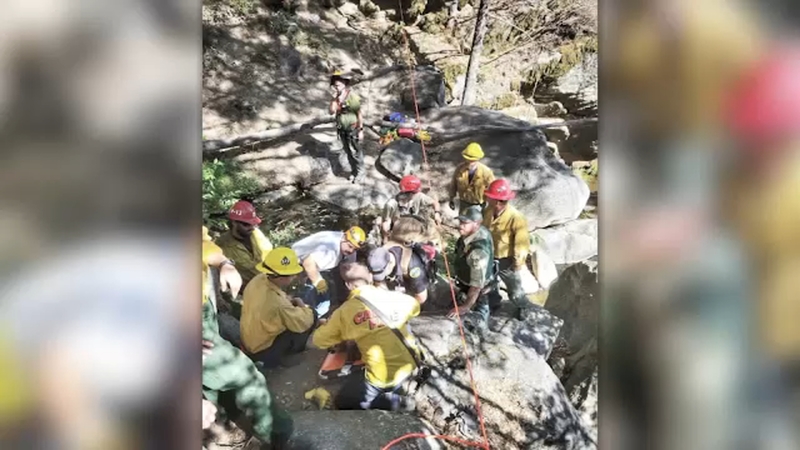 "She got to close to the waterfall and went off," says Madera County Sheriff Tyson Pogue. "She was not on the trail, she was off the trail."

Pogue says a 50-year-old woman went off the trail and started hopping on river rocks near Corliue Falls.

Pogue added the woman tripped and fell at least 30 feet off the edge and onto a rocky ledge.

The terrain made it difficult for first responders to rescue her, so they had to use ropes to get her to safety.

"We had to set up two lines," he said. "A main line and a safety line in case the main line failed, and we were on a very steep rocky hillside right at the top of the waterfall."

As they carried the woman back to the trailhead, authorities stumbled on a 20-year-old woman who was suffering from dehydration.

Crews helped her too.

"With a lot of places closed down, a lot of people started coming to the forest areas because they were open, it was a safe activity and we have seen that continue," he said.

Jenifer Casey of Fresno has been hiking the Lewis Creek Trail for years. She and her mother, Lesa Schwartz, recommend hikers stick to the paths.

"There are so many rocks and we have the waterfall and the river," Casey said. "The river can be going much faster than you think and the current, so you have to stay on the trails."