Madera County approved by state for further reopening of businesses

The county also made another big announcement on Wednesday - Sheriff Jay Varney is set to take on a whole new role as the next Chief Administrative Officer of Madera County.
KFSN
By Sara Sandrik
FRESNO, Calif. (KFSN) -- Madera County was approved by the state to move further into Phase 2 of Governor Gavin Newsom's plan for opening businesses on Wednesday.

On Tuesday, the county health director signed off on the acceleration of Phase 2 and county supervisors voted unanimously to open more local businesses, while they awaited confirmation from the state.

RELATED: Merced County given approval to move to stage 2 of reopening businesses

In this expanded phase, retail stores could open their shops to customers and dine-in services could resume at restaurants with some modifications. Schools are also able to reopen.

The county made another big announcement on Wednesday - Sheriff Jay Varney is set to take on a whole new role.

He will be the next Chief Administrative Officer of Madera County.

After six years as sheriff, Varney will now be tasked with serving the legislative and executive functions of the board along with budget management and other duties. Varney also plans to continue working as a reserve deputy, but he acknowledged the emotions that come with this transition after 37 years of focusing on public safety.

"It's super difficult. I texted some of the other sheriffs right before coming up here. I can't read them because I'll start crying. I've spent my entire life in law enforcement," he said.

The county had been searching for a new CAO since Eric Fleming notified the Board in December that he planned to resign. Fleming was at the center of multiple controversies during his ten years in that position, including a DUI arrest. Board members say they are now looking forward to the future with Varney, who also previously served as Chowchilla's police chief and city administrator.

Varney says the economic impacts of the pandemic will be his biggest challenge as CAO, but one he's ready to tackle.

"I'm not afraid of what's going on. I'd rather be part of implementing the solution. I've never been one to stand back and let things happen to me, my people, or the folks that I serve."

The Board is expected to formally approve Varney's new position during its June 2 meeting. Current Undersheriff Tyson Pogue will become the acting sheriff, and officials say he will likely be appointed the interim sheriff for the remainder of Varney's current term. 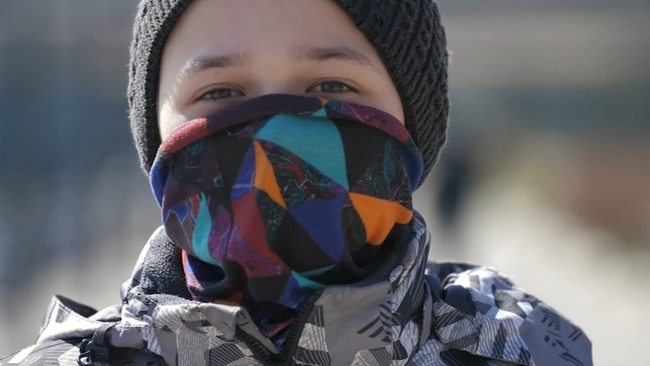 Some masks may be worse than no mask at all: Duke study
CA mother with infant twins homeless after being evicted