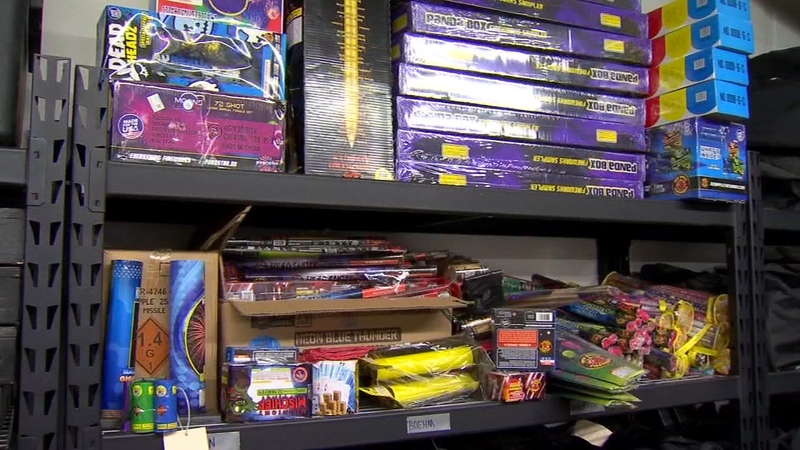 FRESNO, Calif. (KFSN) -- The 4th of July can bring out the worst in some people.

Madera Police responded to one church-run Fireworks stand where the woman in charge, Monica Pursell says someone made off with a giant box of fireworks.

"We were helping some customers and some guy just jumped out front here and grabbed a big $500 box that we have and ran off with it and jumped in his car and took off," said Pursell.

"Pretty big, it's about 4 feet tall, 5 feet tall somewhere around there it's almost as tall as me," said Pursell.

The fireworks stand usually sells one of these $500 boxes called the "Big Bang" every year. It was sitting on display in front of the stand. The drivers white SUV did not have license plates. The money from this stand goes to send kids to church camp.

Madera Police have been out in double force for the past week looking mostly for illegal fireworks and Police Corporal Mark Adams says often finding other criminal behavior.

"Our officers have seized over 700 pounds of illegal fireworks off the street. Along with numerous DUI's and drug arrests gang members with guns, pretty much any and all offenders are what we are targeting now," said Adams.

And Adams says many of the fireworks busts came as the result of some online sleuthing.

"Our department has done some stings online. Regarding people trying to sell fireworks online, meeting with them seizing the fireworks and putting them under arrest," said Adams.

He says Madera Police are not trying to take the fun out of the holiday. They point to a recent house fire, caused by illegal fireworks as the need to keep the city safe.