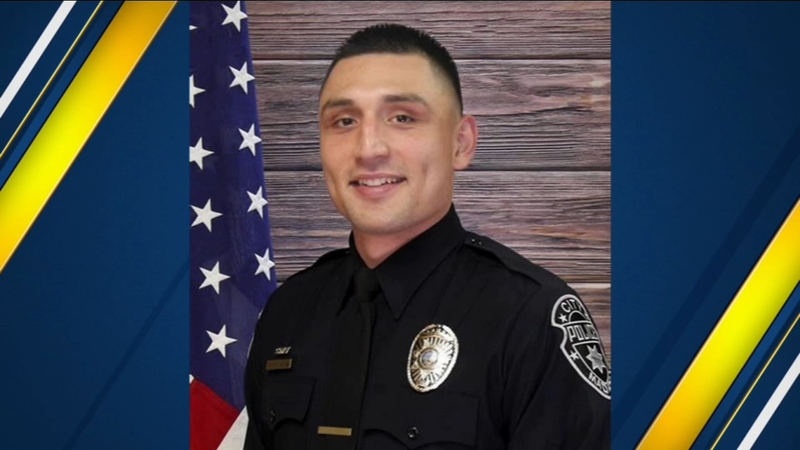 FRESNO, Calif. (KFSN) -- A former Madera police officer has been charged with providing unauthorized records to someone while he worked for the police department last year, investigators said on Thursday.

The Madera Police Department says it opened a criminal investigation led by the Madera County Sheriff's Office on Officer Anthony Martinez after they learned about "possible misconduct."

Martinez was placed on administrative leave on January 10, but he resigned two days later, officials said.

"Police departments have the ability to use the information for criminal investigations, but it's on a need-to-know, right-to-know," said Madera Police Commander Geno Chiaramonte. "We cannot provide that to a third party, whether that be a friend or someone just requesting information on a person, so for confidentiality purposes. He breached that trust."

Chiaramonte said Martinez shared the information with a contact he knew from work.

Prosecutors later charged him with furnishing unauthorized records to someone. He pleaded not guilty to the misdemeanor charge on March 8.

The police department also began its own internal investigation and is reviewing the possible effect on cases Martinez assisted.

In a statement, the Madera Police Department said, "Martinez's behavior was absolutely inappropriate. Our officers are extremely upset over Martinez's behavior. His actions tarnish the nobility of our profession. Based on what we know now, had Martinez not resigned, our department would have moved to terminate."