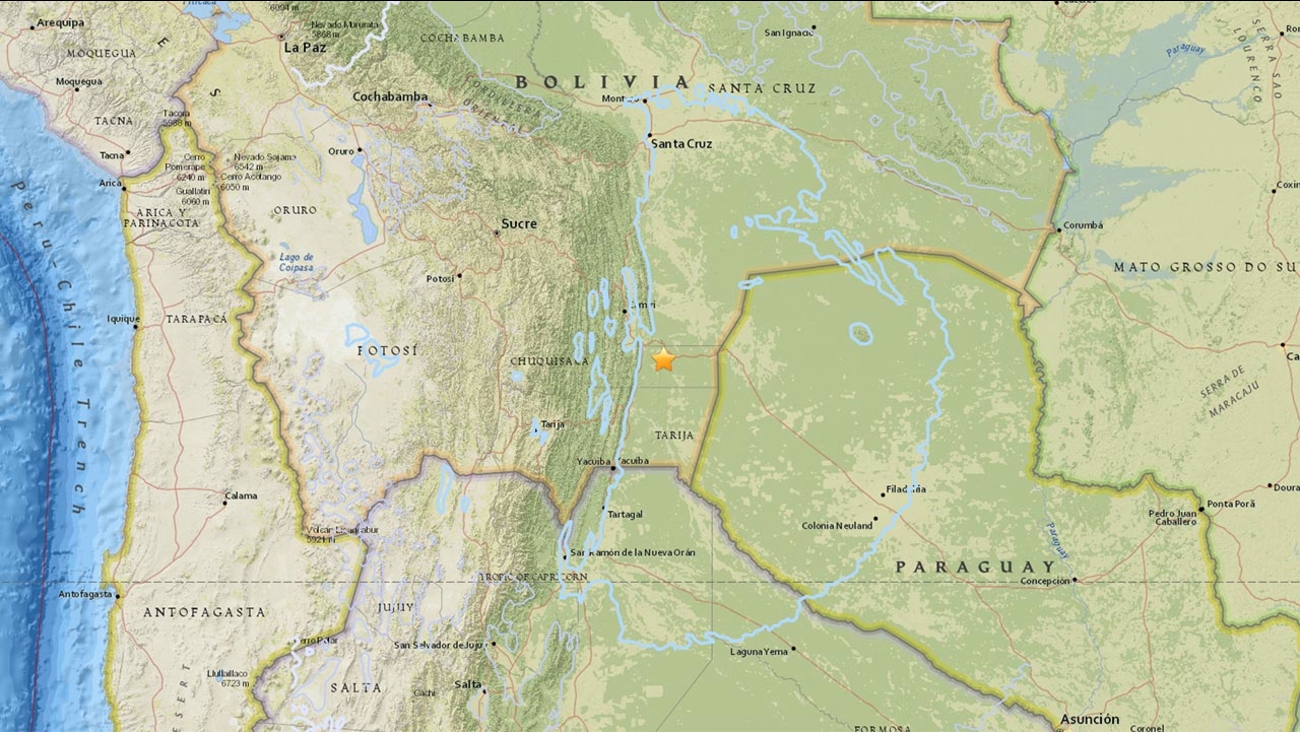 LA PAZ, Bolivia -- A powerful 6.8-magnitude earthquake struck Bolivia on Monday, but it was so deep that there were no reports of injuries or damage.

The San Calixto Observatory in La Paz said that it is one of the most powerful quakes on record in Bolivia, but that there was no damage because it was so deep.

Only light tremors were felt in Bolivia's capital and other cities. But the quake caused people to evacuate office buildings that swayed as far away as Sao Paulo, Brazil, some 1,800 miles (3,000 kilometers) from Tarija.

"I felt a little dizzy. But then I looked at the window and the curtains were shaking," said lawyer Hugo Vecchiatto, who works on the 17th floor of an office building on Paulista Avenue in Sao Paulo. "Soon after, the administration of the building told us to evacuate. Nothing was broken or fell off, though. In the end, it was funny because we never expect these kinds of things to happen in Sao Paulo."