Andre Aguilar was killed at the end of July following a crash at Chestnut and Dearing Avenues.
KFSN 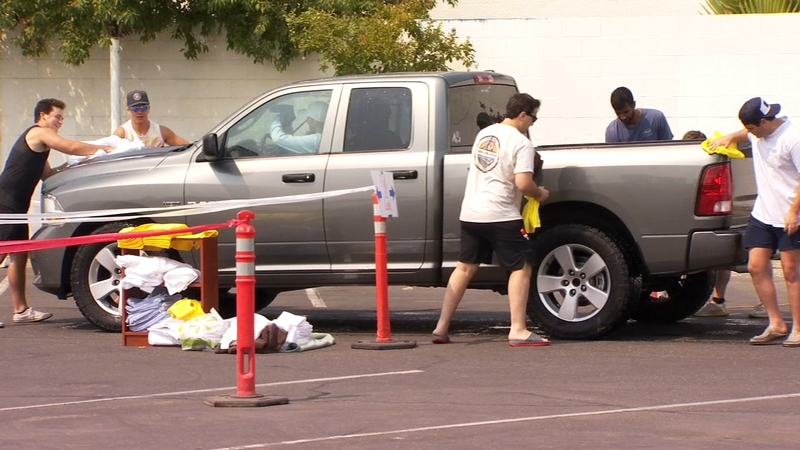 FRESNO, Calif. (KFSN) -- A car wash fundraiser was held on Saturday to raise money for a man who passed away after a fatal traffic collision.

The Sigma Chi Fraternity hosted the car wash at its house near the Fresno State campus in northeast Fresno.

Organizers say it's all an effort to give back to 22-year-old Andre Aguilar's family.

Aguilar was killed at the end of July following the crash at Chestnut and Dearing Avenues.

Police say he was the passenger in the car driven by 19-year-old Malakeh Jaber who is now accused of DUI causing injury or death.

Organizers for Saturday's event say it's important to them to try and help Aguilar's family after becoming close with him.

"He was beloved pretty much everywhere, so this is a community-wide event to kind of show that love to his family, and give back to his family and try to replicate what he did to us," says fundraiser Chandler Lucas.

All of the proceeds from the fundraiser will go directly to Aguilar's family.