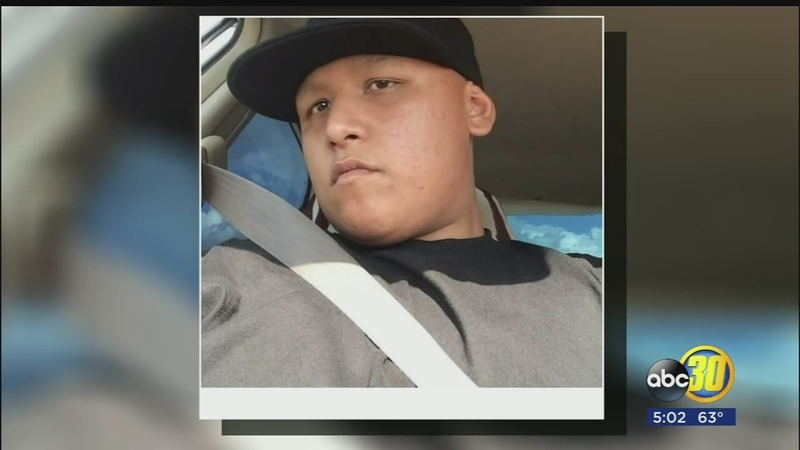 FRESNO, Calif. (KFSN) -- Madera authorities are asking for the community's help to solve the murder of a Madera Teen.

It's a heartbreaking situation for the teen's family. They're now grieving the loss of a child just days before the holiday.

Police are facing a lot of challenges with this case they need the public's help to find the suspects who shot and killed the teen, along with people who dropped the victim off at the hospital and disappeared.

A Madera teen's parents are grieving after being told their 16-year-old, Isaiah McGuire, was shot dead in Madera on Sunday.

Isaiah's mom, Irma Huerta said, "It's like a dream you can't wake up from, we're not going good at all."

Madera police say they received numerous calls regarding a shooting along an alleyway near the 200 Block of a street around 5 p.m. on Sunday.

When officers arrived they could not find a victim at the scene. They later learned a group of people dropped McGuire off at Madera Community Hospital, and drove away.

"They dropped my son off like he was garbage. They just left him. They just dropped him off," Huerta said.

McGuire was later transferred to a hospital in Fresno where he died from a gunshot wound to his torso.

Police say the hardest part has been finding any of the people who took McGuire to the hospital. So far, no one at the scene has given detectives any information.

Lt. Gino Chiaramonte of the Madera Police Department said, "There are numerous people who were witness to this crime yet we have no on-scene witnesses that are willing to give information. We're working on any surveillance cameras. We're retrieving the footage and piecing all the actions together."

Police say they have had numerous contacts with the victim in the past and say it's possible the crime is gang-related.

McGuire's parents are now pleading for the public's help. She says her last memory of her son was when she last saw him a day before the shooting.

We did speak to someone at the scene of where the shooting happened they did not want to go on camera but did tell us they saw three people running out of the alley after the shots were fired.