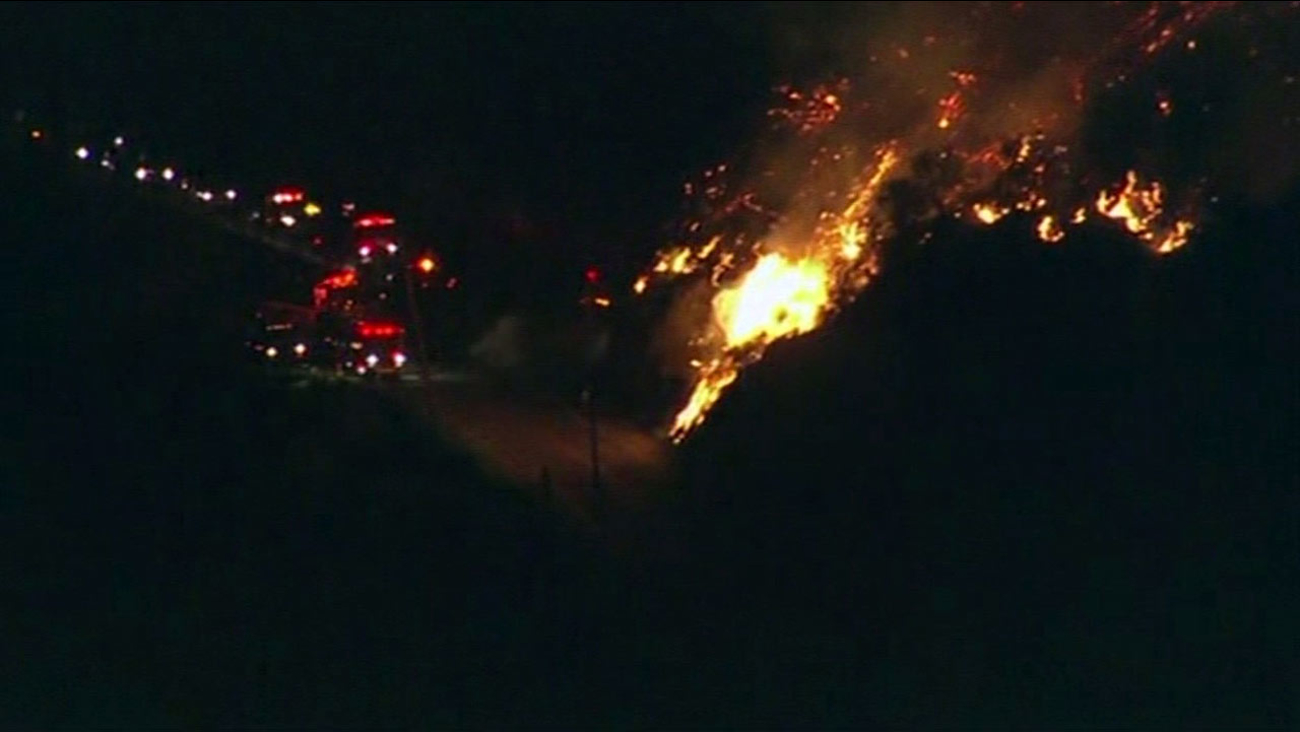 KNX reports evacuation plans are in place for kids at Camp JCA Shalom and Camp Bloomfield, but no evacuations have been ordered.