Man arrested after death of toddler who shot himself makes first court appearance, pleads not guilty 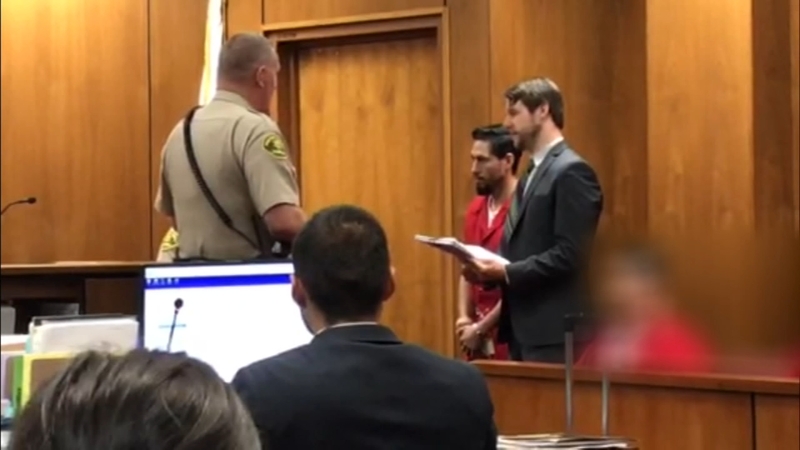 FRESNO, Calif. (KFSN) -- The one person held responsible for the accidental shooting death of a 2-year-old Fresno boy now says he's not guilty of the crime.

Police say Oscar Ramos admitted the death of Jace Alexander was his fault for leaving a gun out, but he pleaded not guilty Wednesday, and a few legal analysts told Action News anyone looking for a huge punishment in the case, may end up disappointed.

Ramos had never before worn the red jail jumpsuit or stood handcuffed in a Fresno County courtroom until Wednesday.

"Because guns are dangerous, you have to take care of them," said legal analyst Tony Capozzi. "You have to put them away. You have to understand them, and you have to keep them out of the hands of children, and if that doesn't happen then, somebody's responsible."

Police say Ramos took full responsibility for the boy's death and admitted he had no idea where he'd left the gun.

But because Ramos had no criminal history, Torres says he may never serve any prison time.

"I look back at other cases where you have even law enforcement personnel who make mistakes and leave their gun out and cause some sort of tragic event," he said. "Those people are trained."

Since 2011, Jace Alexander is at least the fourth child to die in the Valley because of an accidental shooting where a child pulled the trigger.

In two of those cases, the gun owner got probation as a punishment, including one involving a chowchilla correctional officer.

In another, prosecutors never even filed charges against a Madera County sheriff's lieutenant.

The real punishment, Torres says, is a lifetime of guilt.

"The family lost a child," he said. "That's going to be with him for the rest of his life. How are you going to take that back?"

Ramos could face up to three years in prison.