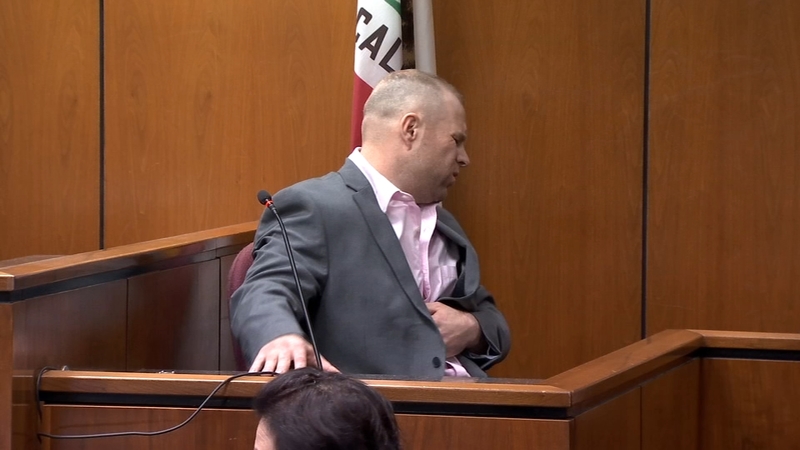 FRESNO, Calif. (KFSN) -- After Joseph Ward was sworn in, he began holding his side. His attorney made it through just one question.

Attorney: Have you had any contact with a female who testified in court?

The highly anticipated testimony from the defendant himself lasted less than one minute. Jurors were quickly ushered out and reminded not to consider what happened.

"You can't unring the bell. But jurors do the best that they can, I promise you," said legal analyst, Ralph Torres. "If they are ordered not to do it, they won't. But they've seen it. It may impact them."

The dramatic fall from the witness stand was the latest in a series of defendant initiated setbacks. Since the trial began, twice in court, Ward has tried to fire his attorney. He has also repeatedly blurted out remarks, raised his hand, and made various other gestures.

Over the weekend, Ward called Action News again from the Fresno County jail claiming once more, that this is a case of mistaken identity and the real suspect is the man police initially questioned, who witnesses said looks like his twin.

"I have nothing to hide. I am not like Ryan Gault, hiding behind the Fifth Amendment. I thank you guys for your time. Have a nice day," Ward said over the phone.

After collapsing on the stand Monday, Ward was taken by ambulance to the hospital to be checked by doctors. He was also taken to the hospital last Friday from court complaining of stomach pain.

The trial is expected to continue Tuesday, but it could depend on his status. The judge has to consider all of the factors before deciding what should happen next.

"What can the court reasonably do to protect the integrity of the trial- in light of the defendant's right to confront all the witnesses against him and to present his defense. So it's a balancing thing."