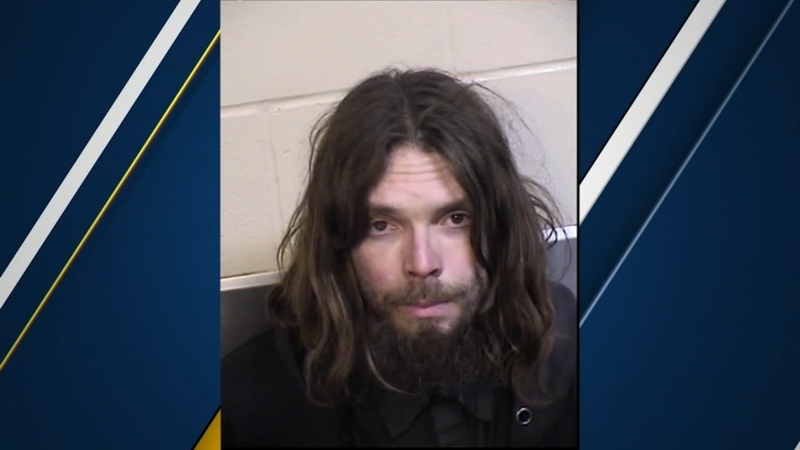 Man admits dismembering body to cover up another man's crime

FRESNO, Calif. (KFSN) -- A Squaw Valley man admitted to cutting up and burying a body last year but says he did it to cover up another man's crime.

SQUAW VALLEY MURDER UPDATE: William Silks pleaded no contest to accessory after murder of Gary Duane Smith and improperly disposing the body.
He faces up to 3 yrs. 8 mos. in prison.

Roger Johnson has a hearing in the case later today.
Prior @ABC30 story: https://t.co/kXjcBUscHJ pic.twitter.com/XCon3c8VPX

"What did she tell you?" prosecutor Nathan Lambert asked Silks.

"That Roger shot Gary and Gary was dead," Silks said.

Witnesses say he shot Smith in the head through his locked front door, on a property known for drug operations.

Silks wanted to know why.

Silks says Johnson told him to get rid of the body, but never gave him marching orders or specific instructions.

First, covered in plywood off to the side of the house.

Then, the same day, Sammy Wood drove him to a remote road near Johnson's property and Silks covered the body in brush.

A couple of days later, Silks and Wood say they moved it further off the road and covered him with rocks in a creek bottom.

And a couple of weeks after that, Silks says he went back out there and tried to hide Smith's body in a shallow grave.

"So you took it upon yourself to dismember the body?" asked defense attorney Jeremy Snell.

It was six months before Silks finally led one of Smith's friends to his body.

"I cried and said 'Gary, I'm so sorry about what they did to you,'" said Karen Ruby Jones.

Wood says Smith was pounding on the door to the house the day after getting kicked out, so he grabbed a rebar.

"Gary's a big boy compared to me, a really big boy and I was kind of scared of him," he said.

On Tuesday, Wood pleaded no contest to being an accessory after the murder. He'll get probation.

Sammy Wood is testifying now.
He helped move Gary’s body off the property and hide it — twice.
He pleaded no contest today to accessory to murder after the fact.
He’s out of custody and will get probation.

Silks pleaded no contest to being an accessory and improperly disposing of the body. He could get more than three years in prison.