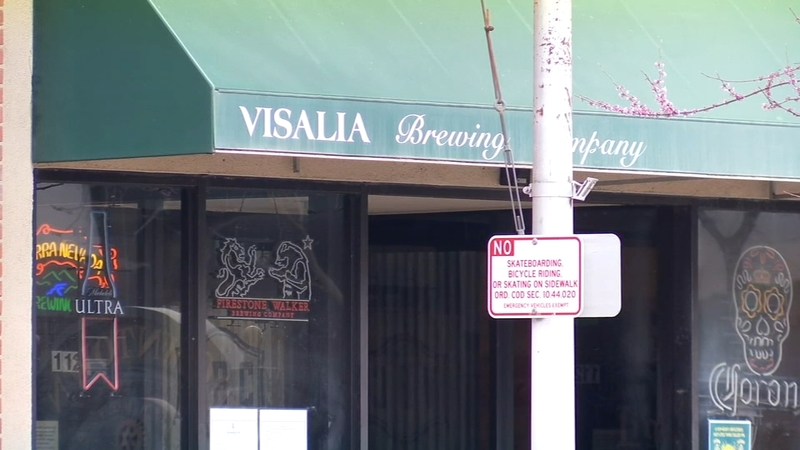 FRESNO, Calif. (KFSN) -- A 23-year-old man was arrested after police say he pointed a gun at employees at Visalia Brewing Company in downtown Visalia when he was denied entry to the business.

Visalia police officers were called to the brewing company around 10:00 pm on Tuesday.

Investigators say Angel Rafael Chavez of Farmersville went to his vehicle to get a gun after being told he could not enter the bar. Chavez allegedly pointed the gun at the security employees and said he would shoot them.

A short time later, officers found Chavez near Court and Main Street. Police say he had two guns with him when he was arrested.

He was arrested and booked into the Tulare County Adult Pretrial Facility on charges of assault with a deadly weapon, terrorist threats and other firearm-related charges.
Report a correction or typo
Related topics:
visaliacrimearrestvisaliaassault
Copyright © 2021 KFSN-TV. All Rights Reserved.
CRIME