Man arrested in connection to double shooting in Farmersville 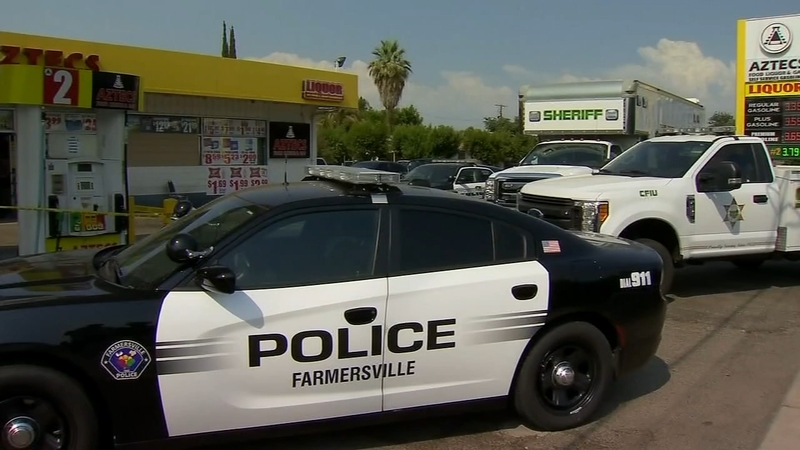 FARMERSVILLE, Calif. (KFSN) -- One man was detained in connection to a double shooting in Farmersville Tuesday afternoon.

Two victims were transported to Kaweah Delta Medical Center and their conditions are unknown. Farmersville Police received multiple 911 calls at around 1 p.m. for a shooting.

I’m live at Farmersville Police HQ at 5pm with the latest on a double shooting at a gas station/market. Police say victims include the landowner and his son. Suspect is store owner. @ABC30 pic.twitter.com/3hZtSPmWwT

When police arrived, they found a gunshot victim in the back room of the building. Authorities say the landowner was shot twice in the upper body.

They also found his son in the main area of the store, shot in the foot.

The suspected shooter is the business owner and investigators say he was still on site when they arrived.

The victims did business with each other and have had problems in the past, police say.

BREAKING: Two men shot at a Farmersville market/gas station. Accused shooter has been detained, police say it was a business dispute. @ABC30 pic.twitter.com/7aEyjATxjf

"My understanding is it's kind of a long-term dispute that has kind of boiled over and resulted in a meeting today that ended it this incident," said Farmersville Police Chief Mario Krstic.