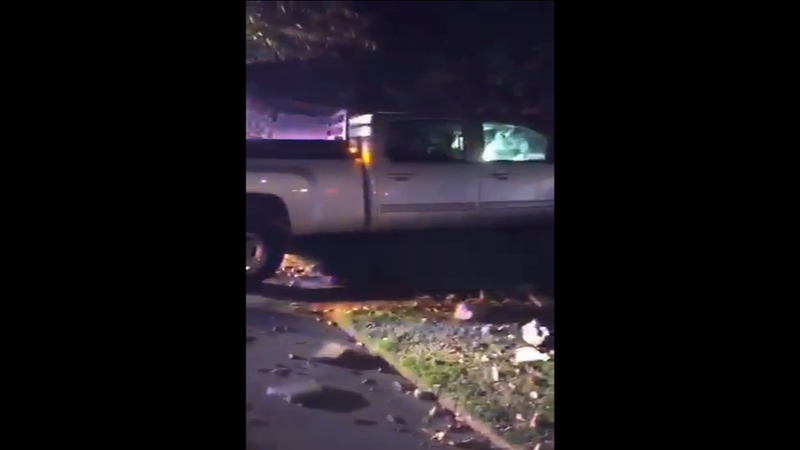 FRESNO, Calif. (KFSN) -- The Visalia Police Department says a man was arrested for DUI Wednesday night after he crashed into another car and then a wall just before 7 P.M.

Video shows witnesses at the scene trying to stop the man from driving away until police arrived.

Officers say the man's string of accidents started earlier that night near Walnut and Garden. They say the suspect got into at least five crashes with other cars between that location and Ben Maddox and Ferguson.

Police say one of the collisions involved a motorcyclist who received minor injuries.