Gabriel Vela allegedly stabbed Isaiah Casillas in front of the Fastrip mini-mart at Chestnut and Clinton in August 2019.
KFSN
By Corin Hoggard 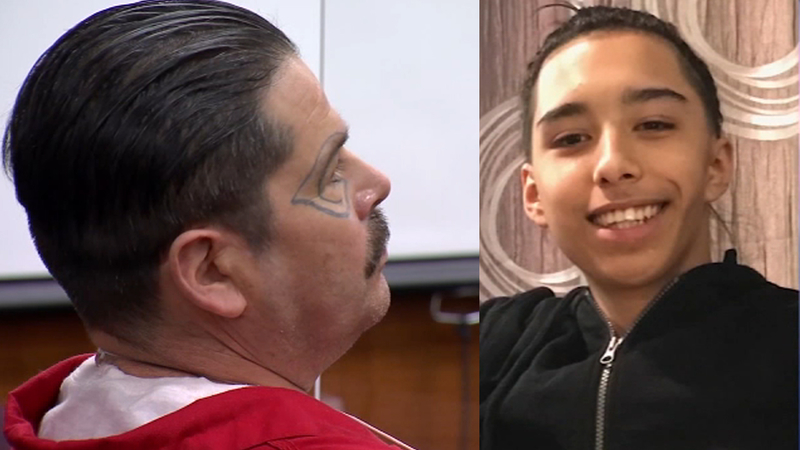 FRESNO, Calif. (KFSN) -- A Fresno man is now a convicted murderer despite his claim that he killed a much smaller 20-year-old in self-defense.

Isaiah Casillas didn't stand a chance when Gabriel Vela stabbed him in the heart almost two years ago and on Wednesday, a jury agreed the attack was murder.

While Casillas' friend screamed for help, Vela walked away and went about life as usual until police arrested him the next day.

He immediately claimed he acted in self-defense, but video helped prosecutors tell a different version of events.

Casillas and his friend were both under 21, so they recruited Vela to buy them alcohol.

When Vela took payment but couldn't deliver, the three of them scuffled.

Vela ended up on the ground and video showed the two young men walking away.

They threw Vela's bike and kicked his backpack on the way, but then got in their car.

At that point, Vela picked up a knife and threw a heavy old phone at the car.

Prosecutor Amy Freeman says Vela was provoking a fight and he planned exactly how it would end.

"Even in the defendant's own words to detectives, he provoked them," she said. "So the initial fight and any self-defense he used during that fight is over. At the time that Isaiah gets out of the vehicle and gets stabbed, there is no threat to the defendant. The boys were leaving."

Vela admitted to a prior felony strike, meaning this conviction could send him to prison for 32 years to life.

Several of Casillas' family members attended the trial, but none of them could get there fast enough to hear the verdict Wednesday.

They were pleased with the outcome, though, and they'll have their say when the judge issues punishment for Vela in August.