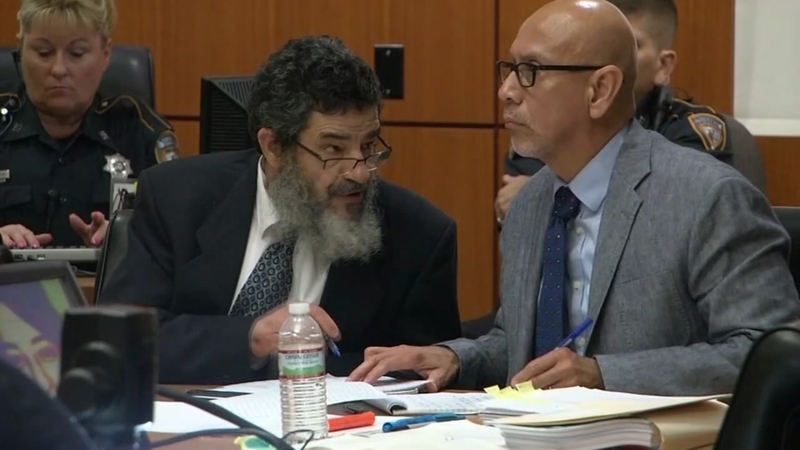 HOUSTON, Texas -- A jury has found a man guilty of capital murder in the death of his son-in-law and his daughter's friend.

Jurors deliberated for only 35 minutes Thursday.

Against the advice of his own attorneys, Ali Irsan took the stand Wednesday. In rambling and tense exchanges, Irsan declared he had nothing to do with the deaths of his son-in-law, Coty Beavers, and Gelareh Bagherzadeh, the friend of his daughter Nesreen.

Both were murdered months apart in 2012.

During questioning by his defense attorneys, Irsan painted himself as a devout Muslim who wanted his daughters to focus on school, not boyfriends.

"We're Muslims. It's very important that a girl is a virgin before marriage," he explained during questioning about one daughter's medical treatment after a car accident.

Irsan and his attorneys attempted to paint his attitude toward his daughters as an overprotective father, but not one who was angry enough to kill.

"I told them never to let your hormones control your future, you control your hormones," he said, explaining why he wanted his daughters to focus on school. He said he told at least one daughter that "her education is more important than her social life."

Under direct examination, Irsan insisted he had nothing to do with the two murders.

"No, no, I have nothing to do with that," he testified.

Prosecutors tried to poke holes in that testimony during cross-examination. The exchanges often got testy, with Irsan talking over the prosecutors and rambling in his answers.

Prosecutors tried to show that Irsan was so devout in his faith that he saw his daughter Nesreen's marriage to a Christian man, Beavers, as a dishonor to his family.

Irsan admitted to marrying his first wife in the 1980s, and having four children. Then, in the early 1990s, he said he returned to Jordan and married a second wife in an arranged marriage. She was just 15 at the time. That second wife is also charged with murder and testified against Irsan earlier during the trial. They have eight children together.

"In my country, I am allowed to have two wives," Irsan said.

Irsan admitted that once his daughter, Nesreen, ran away to live with her then-boyfriend Beavers, he drove by their residence a number of times. He also tried talking to Beavers' twin brother as well and his mother. However, Irsan insisted he never slashed his son-in-law's tires or tried to sabotage his daughter's marriage.

Other salacious details from the testimony included Irsan trying to have another daughter killed after she also married a man he disapproved. In addition, prosecutors contend he also wanted to harm his second wife, because he believed she cheated on him.