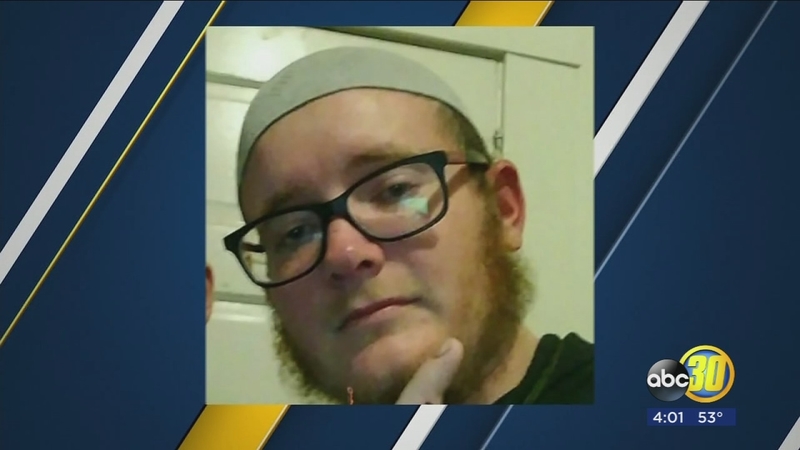 SAN FRANCISCO -- Officials have stopped a man who reportedly stated that "Christmas was the perfect day" for a terror attack in San Francisco and "did not need an escape plan because he was ready to die."

We've learned the FBI has arrested a man by the name of Everitt Aaron Jameson from Modesto. According to a handwritten letter obtained by the FBI, Jameson also referred to himself as Abdallah adu Everitt ibn Gordon.

The suspect was just in the Bay Area Sunday night, attending the Raiders - Cowboys game with his father.

According to the FBI, the public was never in any imminent danger from Jameson, despite the suspect's desire to conduct the attack on Christmas Day.
EMBED More News Videos

Gordon Jameson, Everitt Aaron Jameson's father, spoke with ABC30 about learning his son was involved in a foiled terror plot.

Jameson's father said he was shocked to hear about his son being accused of planning the attack.

According to FBI documents, Jameson picked the Pier 39 location because he "had been there before and knew it was a heavily crowded area." He added that it would be easy to "funnel" people into an area where he could inflict casualties.

In a statement this afternoon, Acting Mayor London Breed said in part, "San Francisco is a city that proudly champions democracy... freedom... and liberty... Sadly, that makes our home a target."

Jameson reportedly said he was inspired by the New York terror attack on Oct. 31, when a man drove into a crowd and killed eight people, and the deadly 2015 shooting in San Bernardino.

And according to the documents, the suspect was discharged from the Marine Corps. He had prior military experience with a "sharpshooter" rifle qualification and expertise with rifle marksmanship.
Officials say Jameson was talking to an undercover FBI agent. They add that he was arrested earlier this week and a search warrant was executed at his Modesto home. Several firearms were found, along with fireworks.

ABC7 News contacted officials at Pier 39 to ask for a response, they say they did not know about this plot.
Stay with Action News for the latest details on this developing story.