Father of 2 laid off during pandemic creates cart sanitizer 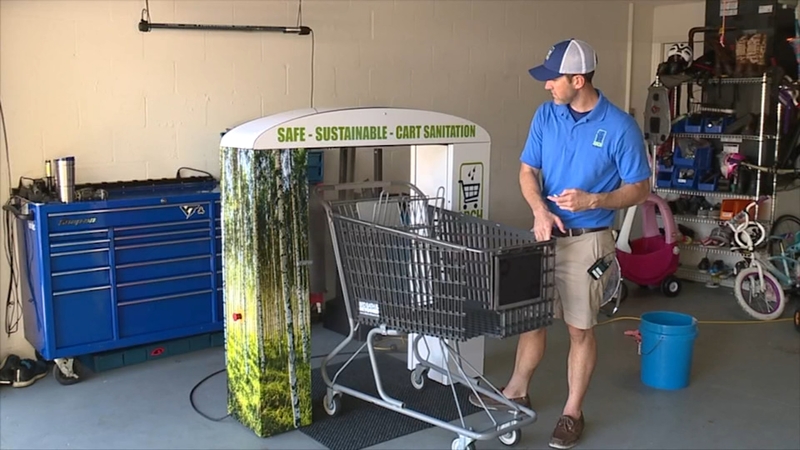 TAMPA, Florida -- Shopping carts are one of the most touched items in a supermarket, often leaving its handles covered in bacteria. Now, a man is speaking with national supermarket chains after inventing a device to sanitize the carts.

"There's been a lot of studies that have shown it's almost one of the dirtiest things in a grocery store," Adam Labadie told WFTS.

SEE ALSO: What to look out for when holiday shopping in a pandemic

Since then, he has spent his days working in his garage, making changes and tweaks to his invention, which is something he said would eliminate grocery store wipes with just the touch of a button.

His invention is designed to clean shopping carts and it's known as "The Arch Cart Sanitizer."

"So we'll be sending out demos, free demos to grocers. Some in the northeast and some in south in about three weeks," Labadie said.

He said carts are sanitized using an EPA and FDA approved solution that kills COVID-19. Labadie said he created the product after seeing so much trash while snorkeling and diving, and wants to reduce the wipes we toss out.