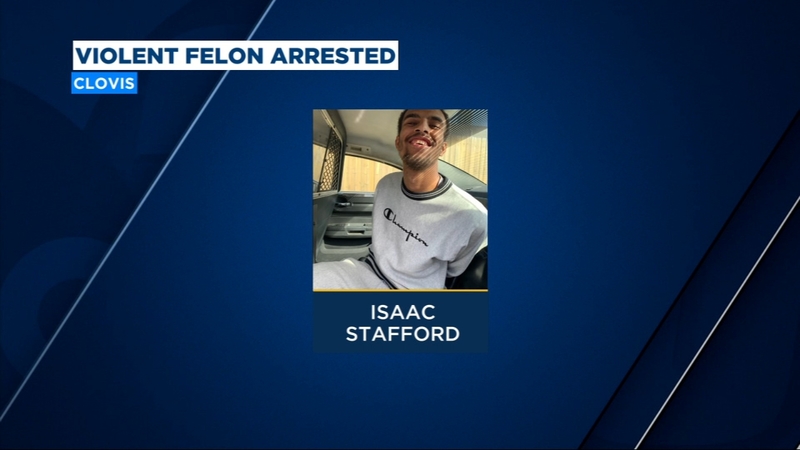 CLOVIS, Calif. (KFSN) -- Fresno Police police have a violent felon back in custody after two months on the run.

Officers took 23-year-old Isaac Stafford into custody Sunday in Clovis where he was seen getting into a car at an apartment complex near Bullard and Purdue.

Police got a search warrant for the apartment where Stafford had been staying and found a large amount of marijuana, cash and other items associated with illegal drug sales.

Stafford was wanted for several felony warrants in December when he ran from police during a traffic stop leaving behind a loaded handgun.

Stafford was also a suspect in the shooting death of Janessa Ramirez about four years ago.

In 2015, he was arrested but never charged in the shooting of the nine-year-old girl.

Stafford later admitted he was driving when Donte Hawkins shot at Brian Cooks, who allegedly returned fire and hit Ramirez.