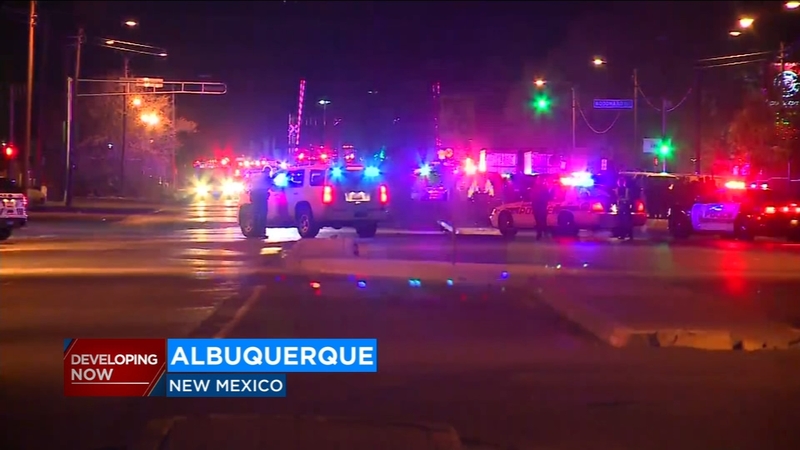 ALBUQUERQUE, N.M. -- Authorities said Tuesday they were trying to determine what led an employee at a food distribution warehouse in New Mexico's most populous city to open fire inside his workplace, injuring three people.

Waid Anthony Melton, 30, was found dead near his vehicle on the northern outskirts of metro Albuquerque after fleeing from the scene. The cause of Melton's death was under investigation, and police said no motive for the shooting was immediately known.

Police earlier identified Melton as the suspect in the Monday night shooting that left three people wounded. Hospital officials confirmed Tuesday that one patient improved overnight and that the other two remained in critical condition. Their identities weren't released.

Dozens of police officers and emergency crews responded to the Ben E. Keith warehouse on the south end of Albuquerque after getting reports of shots fired. They blocked off roads and warned residents in the area to stay in their homes.

Police said the shooting happened just before a regular shift change at the business. There were about 20 people in the warehouse at the time.

Officers arrived to find three people had been shot. They searched the rest of the warehouse but did not find any other victims or Melton.

"We are thankful for the decisive action by APD officers who pulled the three victims of the workplace shooting to a secure area, where rescue personnel quickly attended to them and got them to the hospital," Albuquerque Mayor Tim Keller said in a statement issued late Monday.

The mayor and police chief were scheduled to provide more information about the investigation during a news conference Tuesday afternoon.

The shooting comes as Albuquerque works to shake its reputation for having a high crime rate.