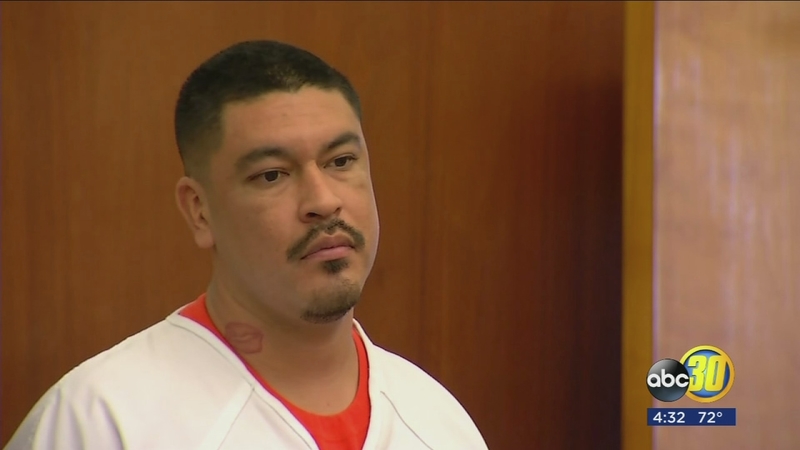 FRESNO, Calif. (KFSN) -- After her death, family members say hundreds of people showed up to services for Angelina Ayala. The devout Jehovah's Witness was well-known and respected in Dinuba and beyond.

"She was strong, she was very mindful, she was funny, and a good companion," said Ayala's daughter-in-law.

Although elderly, family members say she was anything but a little old lady. She was always the life of the party, and they believe she would have lived on for many more years.

If it were not for what happened on an afternoon in late August. Ayala had finished shopping at Vallarta in Visalia when a speeding car struck her in the parking lot.

The car drove off, and Ayala died.

With the help of surveillance, Visalia Police found the car the following day. A few days after that, police arrested its driver, Richard Navarrete.

After pleading no contest last month, the 30-year-old Visalia man was sentenced Wednesday for hit-and-run, involuntary manslaughter, driving with a suspended license, and resisting arrest.

He received four years in state prison for those charges and an additional four months for violating probation.

Navarrete was not the only person in the car. The district attorney's office says they interviewed a woman who was riding in the backseat but did not have the evidence to charge her with a crime. They did for another passenger, and the owner of the car, Gilberto Mendoza.

He will be sentenced in a year, and his punishment will depend on his behavior between now and then.

"His assistance after the crime had taken place involved assisting in hiding the vehicle," said Alavezos.