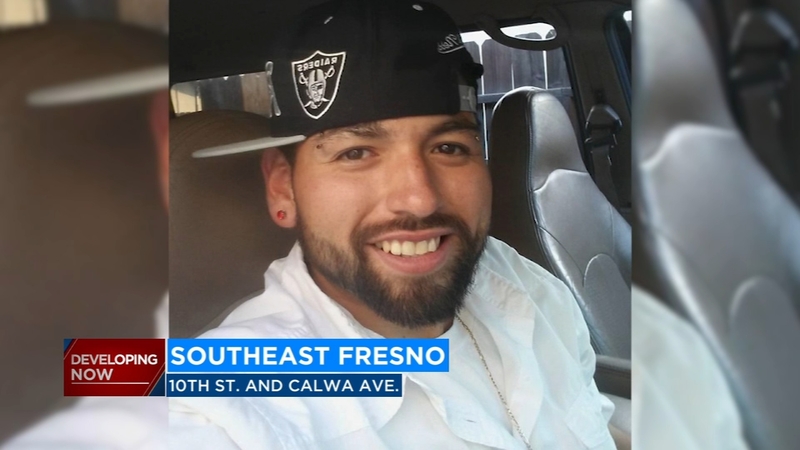 FRESNO, Calif. (KFSN) -- Fresno police are searching for suspects after a man was shot to death early Saturday morning.

Officers were called to 10th Street and Calwa Avenue around 1 am.

They say the victim was visiting his grandfather and had just walked away from the home when someone opened fire.

The 31-year-old was found lying on the street outside the Calwa Hotel with gunshot wounds to his upper torso.

First responders performed CPR, but the victim died at the scene.

Family members have identified him as Joseph Lara. They say he was a hardworking man who loved his two children.

Witnesses reported what appeared to be two male suspects running from the scene.