Officers believe the suspect may have also been part of a crash at eastbound 180 near Blackstone Avenue.
KFSN 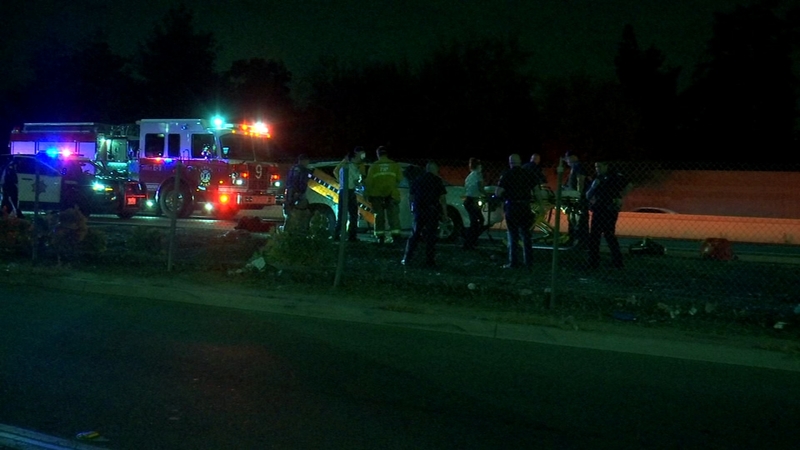 FRESNO, Calif. (KFSN) -- A man is in the hospital after he was shot while driving in central Fresno on Sunday night.

It happened just before 11 p.m. on southbound Highway 99 near Olive Avenue.

The California Highway Patrol said the suspect vehicle pulled up next to the 33-year-old driver and fired multiple shots. The victim was hit once, and so was his car.

The man was able to pull over on the highway as the suspect sped away.

Officers believe the suspect may have been part of a crash at eastbound 180 near Blackstone Avenue.

"We do know that there was one vehicle that was possibly related to the freeway shooting that was involved in a multi-vehicle non-injury crash on the 180," said CHP Officer Mike Salas.

The CHP reported four to five vehicles were involved in the crash on 180. No one was injured.

The man who was shot on Highway 99 had his passenger call 911 and was taken by ambulance to a nearby hospital.

He's expected to be OK.

Officers closed off the 99 from Clinton to Belmont to investigate but reopened the road around 1:30 a.m.