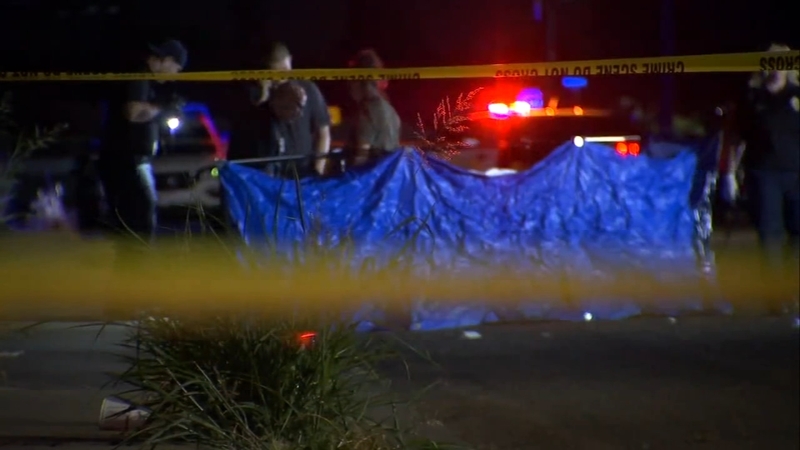 MERCED, Calif. (KFSN) -- Neighbors are on edge after they say a usually quiet street in Merced was the scene of a grizzly shooting Sunday night.

Merced police say a man was shot dead along Merced and Rose Avenues.

Medical crews found the victim lying face down in the street and tried to revive him, but he died at the scene.

Dreigh Rosario and her kids were in their rooms sleeping when shots rang out just steps from her home.

"You hear of this stuff going on around, but you don't think it's going to be in your front yard," said Rosario.

Detectives are still attempting to speak with witnesses in the area.

One resident asked to stay anonymous but says he heard multiple shots fired.

He says he heard three shots first, and then he heard another four.

Merced police are also investigating two recent shootings, including one that injured a teenager, however, neither of those are connected to the homicide.

Police say, unfortunately, this is the time of year they often see a spike in shootings.

"Typically during the summer months, we have an escalation of violence, I don't know why that is. Summer of last year, we had a similar number of shootings," said Merced Police Lt. Joseph Weiss.

Officers can't confirm if the shooting is gang-related but say the Gang Violence suppression unit is helping with the investigation.

"They're going to be out and about in the area where the shootings have been in the last week," said Lt. Weiss.

Neighbors like Rosario say crime doesn't happen too often in her neighborhood, and hope police will find the ones responsible.