Man stabbed on Peach and Olive 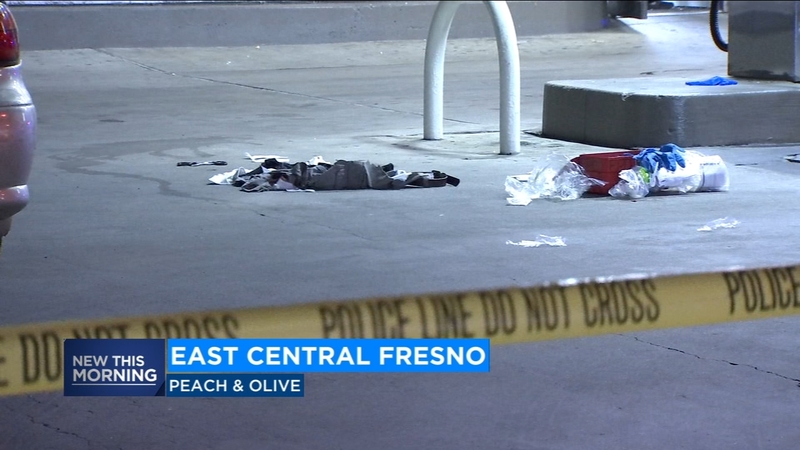 Apartment stabbing on Peach and Olive

FRESNO, Calif. (KFSN) -- A man is recovering after being stabbed several times at an apartment complex in East Central Fresno.

It happened just before 11 p.m. on Tuesday at the Fancher Creek Apartments on Peach and Olive.

Police say the victim was visiting someone there and got into an argument with the suspect.

Officers said the two know each other.

During the fight, the suspect stabbed the victim several times in the upper body.

The victim ran away to a nearby store where they called for help.

He was rushed to Community Regional Medical Center for treatment.

Officers are now interviewing witnesses to learn more about the suspect.

"We've attained statements from several witnesses, none that have directly observed the attack, but persons that did observe aspects and movements of the suspect and victim," Lieutenant Steve Card, Fresno Police, said.

A knife was found at the scene.

There's no word on what may have sparked the argument or exactly how the victim and suspect know each other.

Officers said alcohol may have played a factor, since the victim was drinking at the apartment where he was visiting.
Report a correction or typo
Related topics:
fresno east centralapartmentstabbing
Copyright © 2021 KFSN-TV. All Rights Reserved.
STABBING