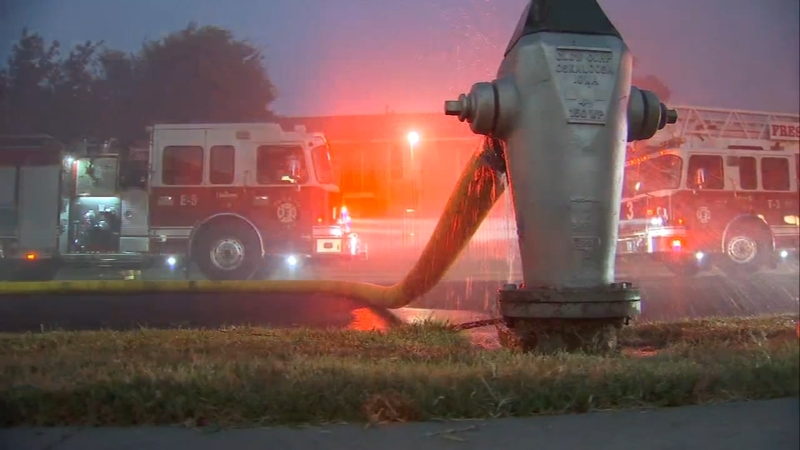 FRESNO, Calif. (KFSN) -- It's a situation where every second counts.

"To complicate things a hydrant that was instrumental getting this fire under control we had difficulties with that hydrant," said battalion chief Rich Cabral.

It's an obstacle that should have never been in their way.

Crews attempted to use a hydrant roughly 50 feet away from the blaze, but when they went to open the hydrant, it was not functioning.

"They never ran out of water on that engine company, and so they were able to operate off their tank water and gain access to another hydrant," he said. "In the meantime, a ladder truck was placed on the backside of the incident where the main body of fire was."

Hydrants are inspected annually, any service notes get sent to the city's water department.

According to Fresno Fire, that's one of 100 hydrants currently out of service for repair or replacement within city limits.

However, Chief Cabral says the hydrant wasn't flagged for repair as it was working fine when it was last inspected in December of 2018. He added they hold records of the more than 15,000 hydrants in Fresno, more than 12,000 are city-owned.