Police on patrol nearby also heard the gunfire, but by the time they pulled up, much of the crowd was quickly leaving the area.

"Anytime we have a significant gang member get murdered, witnesses are tough to come by so they are going to have their work cut out for them. So hopefully they can rely on Crimestoppers and tips that come in," said Fresno Police Deputy Chief Mark Salazar.

Pinkney has a long criminal past and served time in both prison and the county jail. And now police are worried his death will initiate more violence.

More officers will be out patrolling policing southeast, southwest, and central Fresno during the upcoming days.

Since the initial gang operation began four weeks ago, shootings have dramatically declined.

So far this month there's been an average of one a day.

During the height of the violence in September, the police department reported 104 shootings and 76 in October.

Officials said the higher-than-usual homicide numbers are also impacting the number of cases being solved.

This year 54 people have been killed in homicides. Less than half - just 43% - are cleared. Detectives say the solvency rate is lower than usual because many gang-related murders involve reluctant witnesses. 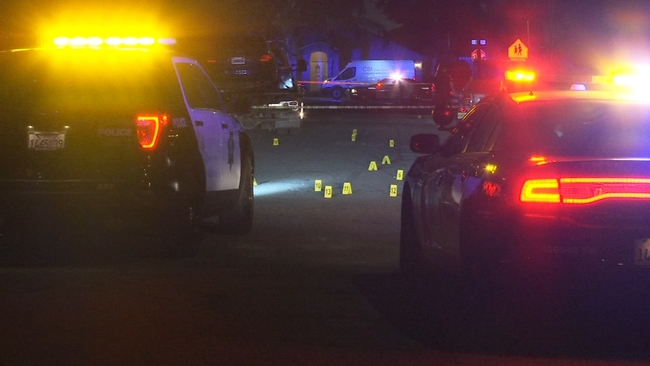