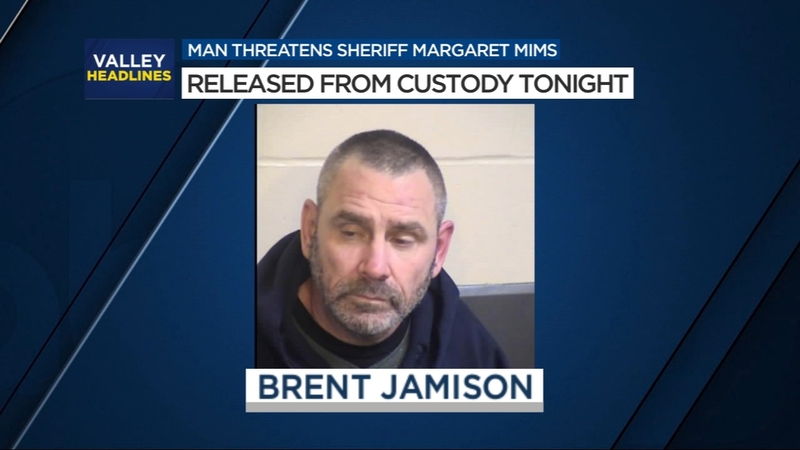 FRESNO, Calif. (KFSN) -- A man who went to the home of Fresno County Sheriff Margaret Mims and threatened her has been released from custody.

55-year-old Brent Jamison was recorded at the sheriff's home last Christmas Eve and has been in jail since Christmas Day.

A judge sentenced him on Monday to one year in jail for threatening a state official, but he already had enough time credits to get out.

Sheriff Mims tells Action News she can defend herself, but she's concerned about Jamison's release because he has a violent criminal history and he has already come to her house.