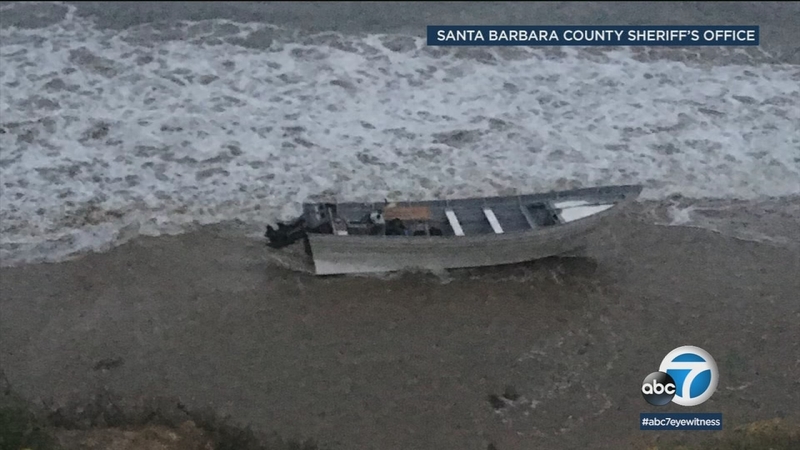 The incident began as sheriff's detectives were conducting surveillance early Saturday morning near the 101 freeway and Arroyo Quemada.

They spotted and followed a truck on the 101 until it exited on Dos Pueblos Canyon Road and stopped about half a mile later. A man inside got out and fled to a nearby creekbed.

Deputies checked out the truck and say they found more than a dozen bales of marijuana inside.

They radioed out the info to other deputies in the area who spotted three vehicles fleeing the area at high speeds. They stopped those vehicles and found several dozen additional bales of marijuana.

They searched the nearby coastline area and also found a panga-style boat which they believe was used to smuggle the marijuana.