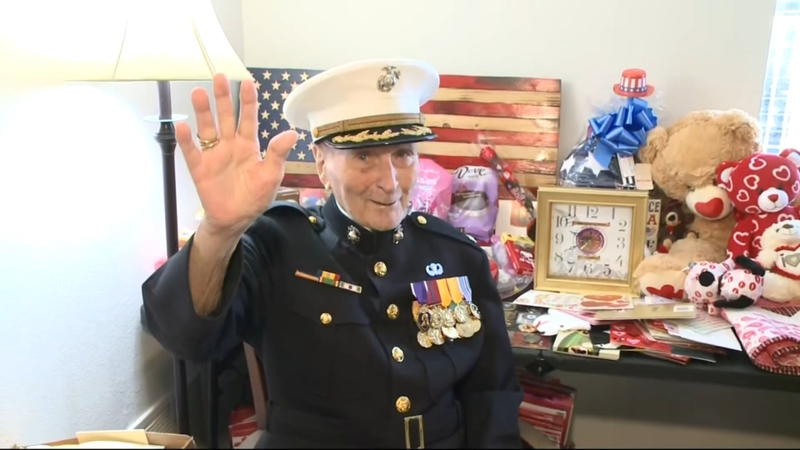 STOCKTON, Calif. -- The man believed to be the oldest living Marine celebrated his 105th birthday over the weekend.

Maj. Bill White fought and was wounded in the battle for Iwo Jima. He received a Purple Heart after being wounded by an exploding grenade, but it did not stop him from continuing to serve in World War II and serving again in the Korean War.

He retired from active duty in the 1960s.

White and the assisted-living facility where he lives in California held a drive through celebration for the American hero.

The whole occasion was praised by his family members who have not been able to visit him because of the COVID-19 pandemic.

"It's very heartwarming...it does get to you that there are so many people that love him and appreciate him for his service," White's daughter Mary Huston said.

White made national headlines earlier this year when he sought out Valentine's Day cards for his scrap book. "Operation Valentine's Day" resulted in more than 500,000 cards and gifts being sent to him from around the world, including special notes from NASA and President Donald Trump.

After his party, White said he only had one thing on his mind: looking forward to his next big celebration.