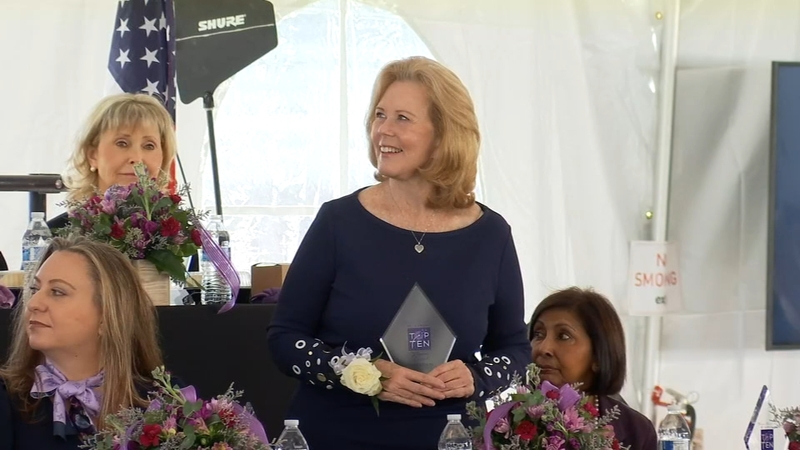 FRESNO, Calif. (KFSN) -- One by one, each of the honorees made their way up to the stage as part of 2021's Marjaree Mason Center's Top Ten Professional Women.

The 38th annual event is the organization's biggest fundraiser of the year -- celebrating women from different backgrounds and industries while honoring the great work being done in our community.

Marjaree Mason Center Executive Director Nicole Linder says this year's list of nominees all showed a deep investment in their field and as role models.

"We do it during Domestic Violence Awareness Month because it's also an opportunity to raise awareness," she said.

Each honoree was nominated by community members and reviewed by a committee of judges.

"Particularly, this one spoke about teen dating violence and I think most people think of domestic violence happening between a married couple. but it's the furthest thing from the truth," Lindor said. "It happens in any relationship and the rates with teenagers are actually higher than adults, so I was really grateful for April Hernandez-Castillo for being willing to speak up and share her story today."

The Central California Food Bank was named the "leading business" during the special event.

Co-CEO's Kym Dildine and Natalie Caples shared the spotlight for the non-profit that provides assistance to 350,000 people each month.

"We don't do the work for the recognition, but it's nice that somebody out there said that the Central California Food Bank needs to be recognized for the work they're doing and they're being lead by two passionate devoted women," Caples said.

Every dollar raised on Thursday will go to the Marjaree Mason Center's emergency programs.