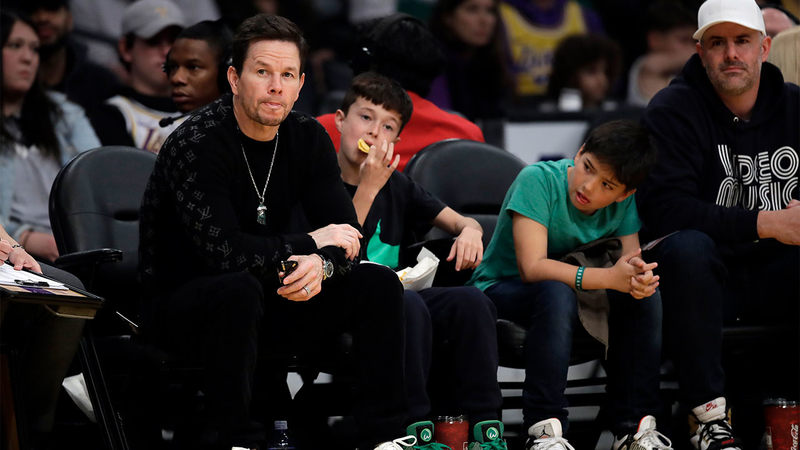 LOS ANGELES -- Boston Celtics fan Mark Wahlberg joked he "hadn't been booed like that ever" when fans jeered him during an appearance at a recent Lakers game.

On his show Thursday evening, Jimmy Kimmel played a clip showing Wahlberg seated courtside next to LeBron James last weekend -- "almost on the Lakers' bench," Kimmel said, adding that he knew Wahlberg is a Celtics fan and asking what it was like to sit so close to James.

"I said hello. I didn't want to interrupt him at his place of business," Wahlberg said. "It's so funny because so many people that play on the Lakers are actually also friends of mine. I'm there trying to be as neutral as possible...secretly rooting for the Celtics."

Wahlberg later remarked that it was "amazing just to see the rivalry again."

Iliza Shlesinger landed a role Mark Wahlberg's new film by ignoring a directive not to audition with a Boston accent. "You can't not do a Boston accent and invoke the name of St. Jude," she told Jimmy Kimmel about her "Spenser Confidential" audition.