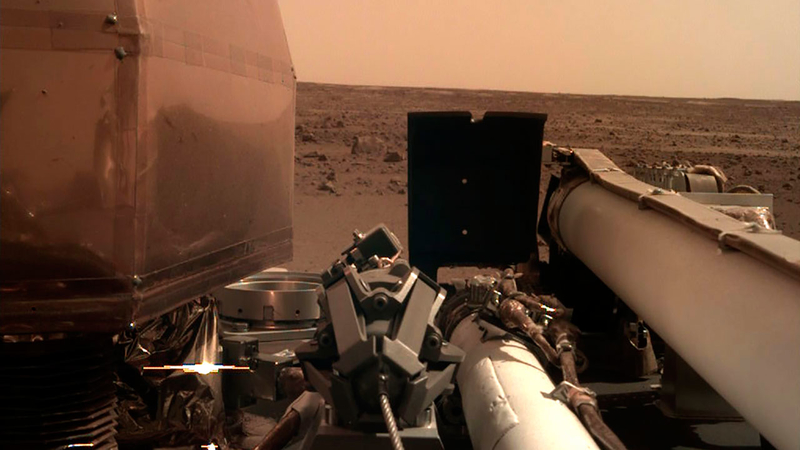 The Jet Propulsion Laboratory released audio clips of the alien wind Friday. The low-frequency rumblings were collected by the InSight lander during its first week of operations at Mars.

The wind is estimated to be blowing 10 mph to 15 mph. These are the first sounds from Mars that are detectable by human ears, according to the researchers.

According to the JPL, InSight's seismometer recorded vibrations caused by wind blowing against its panels.

While the vibrations in the unedited recording are audible to humans, the pitch is very low, NASA explained. The agency offered a version of the recording that had been pitched up two octaves to sound more like the wind on Earth.

The low frequencies are a result of Mars' thin air density and even more so the seismometer itself - it's meant to detect underground seismic waves, well below the threshold of human hearing.

"Reminds me of sitting outside on a windy summer afternoon ... In some sense, this is what it would sound like if you were sitting on the InSight lander on Mars," Cornell University's Don Banfield told reporters of the recording.

The instrument that recorded the wind will eventually move from the InSight lander and will be placed on the ground to study to gather data about vibrations coming from within the planet.