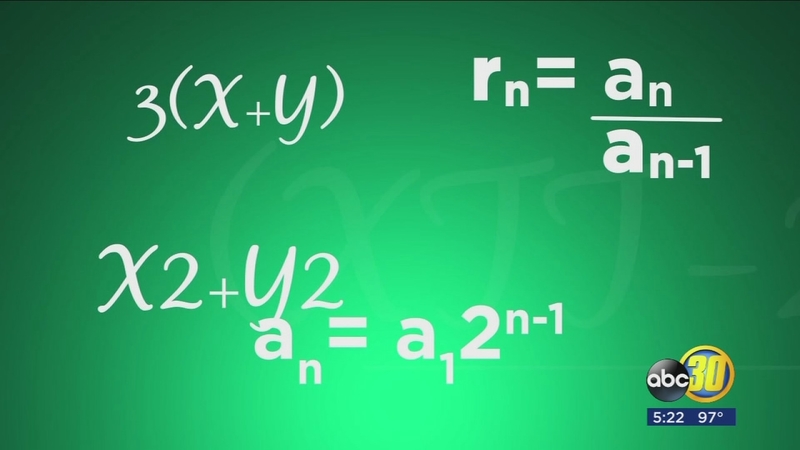 Kristin Quick loves to read with her kids, but said she and math are not exactly old friends.

"I was not very good at math growing up-- very timid about it."

In fact, equations and variables make Quick downright anxious. But now that she's a mom, she is determined not to let her attitude toward numbers influence her kids.

"I don't want them to have it as a stumbling block like I did."

Researchers at the University of Chicago recently found that math anxiety can start as early as first grade and can lead to math avoidance that can last throughout the school years.

"It can involve just not engaging in the math or thinking that they're not good at math," said Susan Levine, Univ. of Chicago Professor.

Experts said while most parents have no problem teaching reading, many shy away from math. Less exposure can increase risk for math anxiety once kids go to school.

Research shows when it comes to anxiety and performance, it's a two-way street.

"People who are worse at math tend to have higher math anxiety. At the same time, people who are math anxious tend to do worse in math at any level of ability," said Levine.

So, what can parents do to raise confident kids? One study found using math apps might help. Researchers looked at one app called "Bedtime Math."

"It has a problem of the day each day. And at the bottom, there are different levels of questions that parents can answer with their children," said Julianne Herts, University of Chicago.

Experts found the Bedtime Math app significantly increased first graders' math achievement over the school year compared to a control group. The app also allowed kids of math anxious parents to catch up to their peers.

While Quick has not tried the app in the study, her kids love others. She hopes the tech tools will help her kids love math for life.

"So, they just have that advantage when they go into that formal learning setting; they're not starting from ground zero."

Math experts said the best apps are ones that stimulate conversations between parents and kids. So, play with your children-- don't just hand them the iPad and walk away.