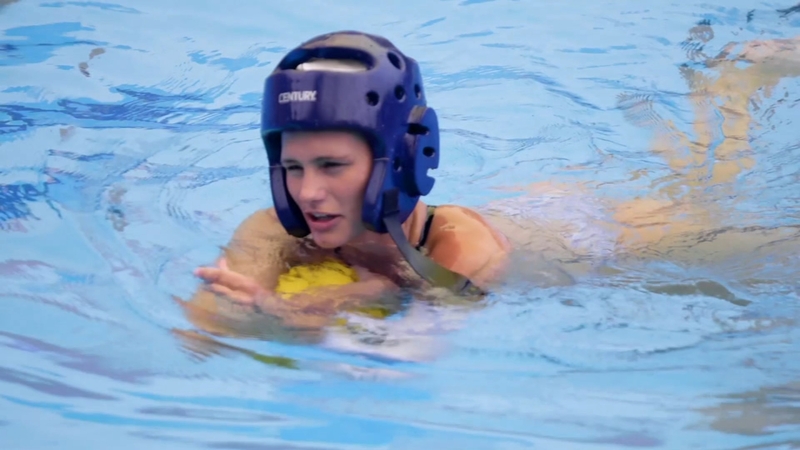 FRESNO, Calif. (KFSN) -- Merced native Hope Stokes started as a transfer from Merced College. The junior utility player got a text from Head Coach Natalie Benson asking if she'd be open to coming out and playing for the team.

After walking on Fresno State's water polo team a year ago, Stokes had to step away from the team due to personal circumstances. She never thought she would return and be playing for the Bulldogs in the NCAA Tournament.

"Walking on from the first day, you know it's family and they mean business," she said. "It takes five years to get established, it's four years and we caught a foot in the door. So it's really special to see these girls who have just put in all this work and time, so it's just beautiful. It's an experience, giving me shivers right now."

A standout at Merced College, Hope finished second in the state in assists, fourth in steals, and scored 68 goals her sophomore campaign. When Coach Benson reached out with an opportunity to rejoin the team, she was open to learning a new position.

But the junior's experience in the pool was just as a utility player.

"I had been in and out of the cage before but never trained a goalie," she said. "I was nervous, but I had always good legs, so I was like okay, now I'm just nervous to get a ball thrown at my face."

Hope says she's excelled in her new position largely in part because of Coach Benson. She says she's learned a lot from the former two-time Olympian.

"There are so many more aspects to this water polo game, and even as a field player, she can even give you insight on every single position, goalie including," Stokes said. "It was such a blessing just to be on the same pool deck with her, just get some of her knowledge. I can't even begin to touch on how smart she is water polo-wise, and everything else as well."

A team player who's never thought of the Bulldogs as underdogs even when they're competing in uncharted territory.