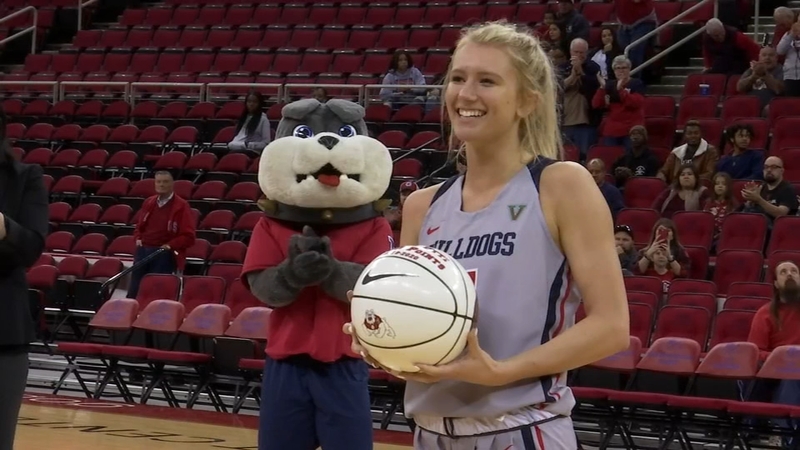 FRESNO, Calif. (KFSN) -- In this week's Meet the Bulldog, we checked in one of the stars of the Fresno State women's basketball team.

The conference player of the year Maddi Utti is back on campus with her team. The senior racked up a long list of accolades last season, leading the conference in made field goals, steals, and steals per game.

The first player in Fresno State history to win the Mountain West Player of the year honor outright, Maddi Utti accomplished a goal she was striving for all season.

The Bulldogs claimed the program's first Conference title thanks to Maddi's go-ahead basket against San Jose State. Hoisting the championship trophy at the Save Mart Center is her favorite memory from the 25-7 season.

"I still get chills thinking about it and watching the play over again at the end. That was a good game throughout the whole thing and there were so many fans there. That's a moment I will probably never forget," she says.

When the campus closed, Maddi went home for four months. A native of Seaside Oregon, four of her teammates visited her this summer.

"It's a small beach town. It's a tourist town, so during the summer it's normally pretty busy. It's pretty small I had like 83 in my graduating class so it's pretty tiny," she says.

Maddi is now preparing for a winter season that is expected to start on time. For her final year as a Bulldog she wants to win it all.

"This year we're looking to get two championships, hopefully the regular season and the tournament so we still got more to work for."