Which U.S. cities could Duchess Meghan, Prince Harry be planning to visit soon? 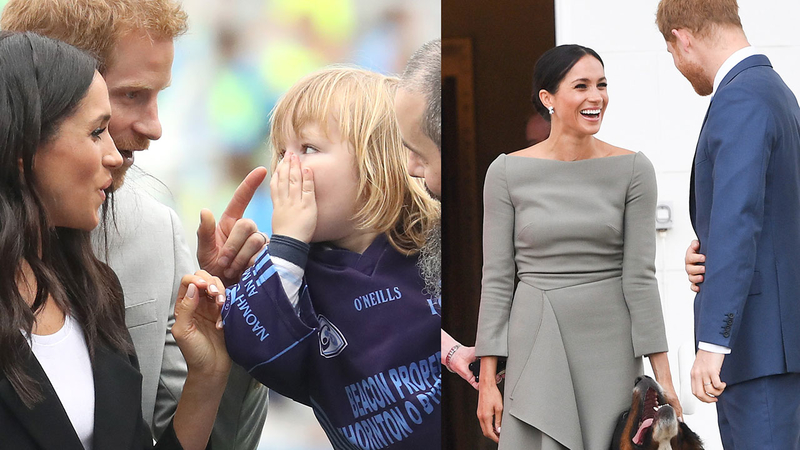 Royal experts are speculating about when Prince Harry and Duchess Meghan will be making their first official royal trip to the U.S.

The pair took their first official trip abroad as a married couple to Ireland earlier this month, and they've announced their plans to tour Australia, New Zealand, Fiji and Tonga in October. Though they haven't officially announced plans to come to the U.S., experts have a good idea of when to expect them.

Multiple sources confirm the two will be coming to America for their first official royal trip in the spring of 2019, ABC News reports, and Meghan is expected to visit sooner.

SAN FRANCISCO
The pair may be headed to the Bay Area on their official visit, according to Jennifer Peros, editor-in-chief of Us Weekly.

"We know they want to meet with CEOs and especially female tech entrepreneurs out in Silicon Valley to raise awareness of the Royal Foundation and see if they can really start working more closely with them," she told Good Morning America.

Meghan may be returning to her birth country -- or perhaps even her birth city -- sooner than the official visit. She wants to visit her mother by the end of the summer, sources say. Doria Raglan is a Los Angeles-based social worker and yoga instructor.

She is not expected to visit her father, Thomas Markle.

"Many sources are telling us that Meghan has no plans to go visit her father when she comes here later this summer or on the official tour," Peros said.

A stop in Chicago is possible, sources say, as Meghan graduated from nearby Northwestern University, and the royal family has a friendship with Barack and Michelle Obama, often supporting each other's charity work.

The former first lady has been involved with Prince Harry's Invictus Games, and Prince Harry surprised students on Chicago's South Side last October to promote the Obama Presidential Center.

The warm and wide-ranging conversation, lasting over an hour, covered how the Center will showcase the South Side of Chicago to the world. pic.twitter.com/84lQfvF9iH