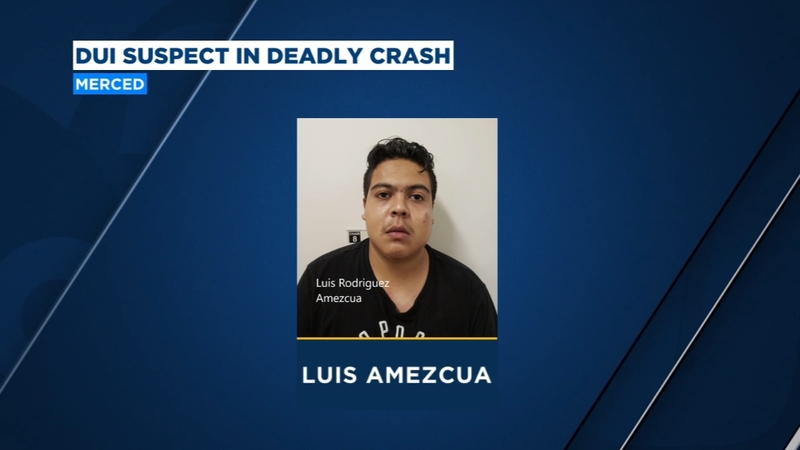 FRESNO, Calif. (KFSN) -- Merced police have made an arrest in a DUI hit-and-run crash that left one person dead on Saturday.

Officers say 22-year-old Luis Amezcua was driving under the influence when he ran through a stop sign and hit two cars.


One of them was knocked into a power pole.

It happened around 7:30 Saturday night in the area of V and 9th Streets and shut down that intersection for hours.

One passenger in Amezcua's vehicle died at the scene, and another suffered major injuries.