WARNING: The contents of this video may be disturbing for some viewers.
KFSN 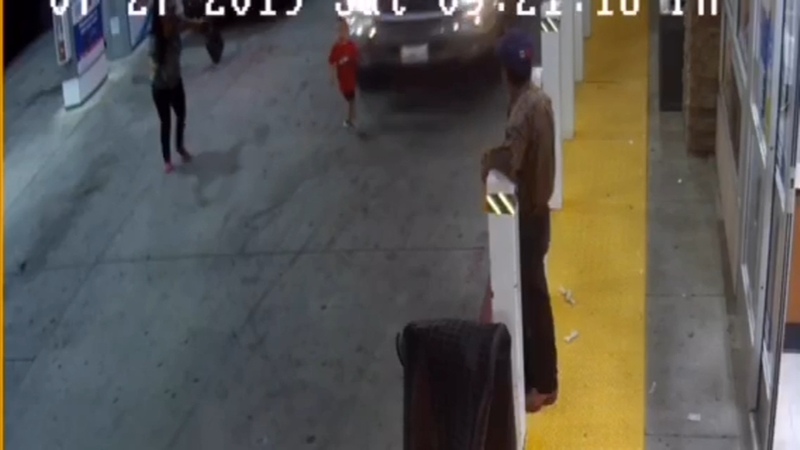 A 2-year-old boy from Merced is recovering after being hit by a car, but witnesses say it could have been much worse.

"I didn't think he'd make it, and seeing that made me think of my kid," said witness Tahah Eltarub.

Police say the toddler was with his grandma at the Chevron station off Martin Luther King Drive and 11th Street on Saturday night.

Cameras caught footage of the terrifying collision, and employees were left terrified.

"I heard the kid running up, then the car pulled up really quick and ran over the kid's body. I heard grandma screaming," Eltarub said.

The video is hard to watch. It shows the boy running in front of his grandma, then a white pick up truck pulls in, striking the child.

"The driver didn't see the small 2-year-old child, the vehicle did strike the child, and he went under the tires," said Sgt. Joseph Perez.

The driver, Raymond Scott, was arrested and booked into the Merced County Jail for felony DUI.

"During the investigation, it was learned that the driver admitted to drinking alcohol earlier in the day," Perez said.

The child was flown to Valley Children's Hospital but has since returned home.

The child's mother didn't want to speak on camera, but did comment, "all I have to say it that it's a miracle my son's OK."