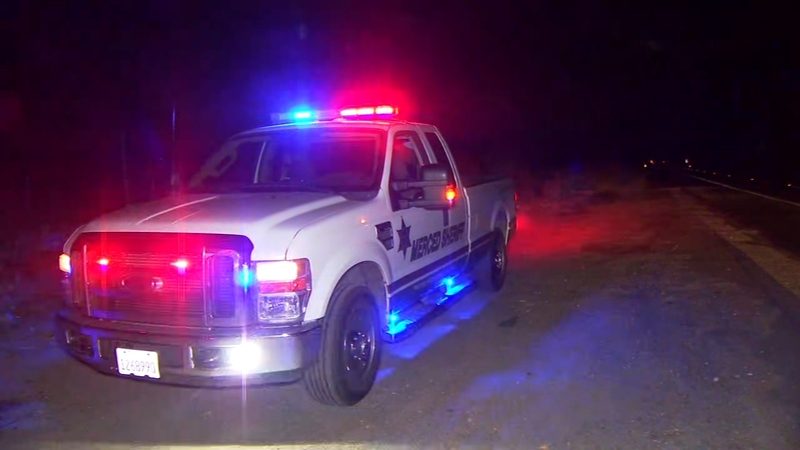 FRESNO, Calif. (KFSN) -- A gang activity investigation resulted in a deputy-involved shooting in Merced County, according to the sheriff's office.

Officials say deputies with the Sheriff's STAR team was in Hilmar following up on an investigation regarding gang activity and illegal gun possession by a known gang member.

Deputies tried to conduct a traffic stop, but the suspect refused to stop, and a pursuit ensued, reaching speeds exceeding 120 miles per hour. He crashed into a gate in the area of Highway 165 and Henry Miller Avenue just north of Los Banos.

At some point, a deputy opened fire, shooting the man at least once. It is unclear what led up to the shooting.

"We have our investigation bureau down there doing a throughout investigation any evidence that's left on scene. We're taking statements from officers involved," said Deputy Daryl Allen.

The suspect was life-flighted to a nearby hospital. His condition is unknown at this time.

No deputies were shot or injured.

The southbound and northbound lanes of Highway 165 have been shut down as deputies continue to investigate. There is no estimated time of when the roadway will reopen.