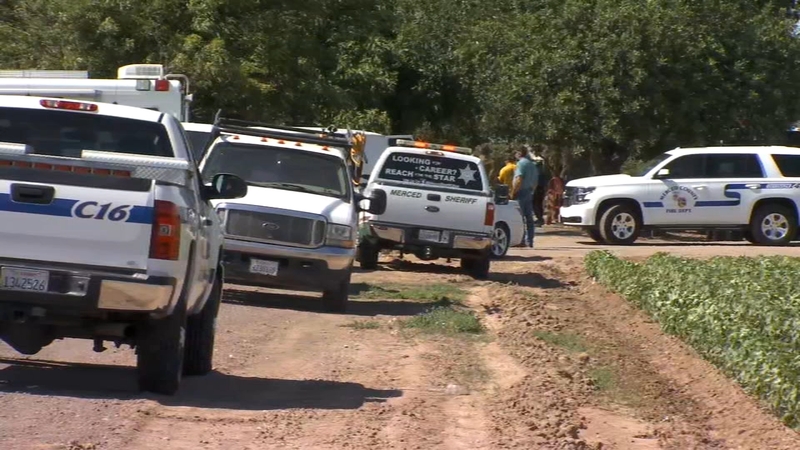 One person is dead and was treated following a hazmat spill in the Los Banos area.

It happened around noon in the area of Monroe Avenue and China Camp Road.

Crews have not yet given details about the chemical that was spilled in the accident.

A total of nine people, including responding deputies and medical personnel, were also treated for exposure.

Investigators were on scene for hours, and while deputies aren't releasing the chemical involved just yet, they say it's agriculture related.

Joe Gutierrez saw the street near his home blocked off when he came home from work... later learning the news of his neighbor that lives down the road.

"It's horrible for the family. The community feel bad. Our thoughts and prayers go to the family," he said.

Gutierrez identified the man who died as John Menezes, though deputies have not confirmed that information at this time.

"He's a farmer. He lives down the road. The family's been farming for a long time," he said.

Ryan Jacobsen with the Fresno County Farm Bureau said they're also waiting to hear more on the investigation, but that circumstances like these are rare.

"In California, we have the most stringent safeguards when it comes to pesticide application and storage. When it comes to applicate, they have to be trained. We're going to find out what happened and hoepfully learn one of these lessons here," he said.

The Merced County Sheriff's officials said six deputies went to local hospital to be evaluated, but have since been discharged.