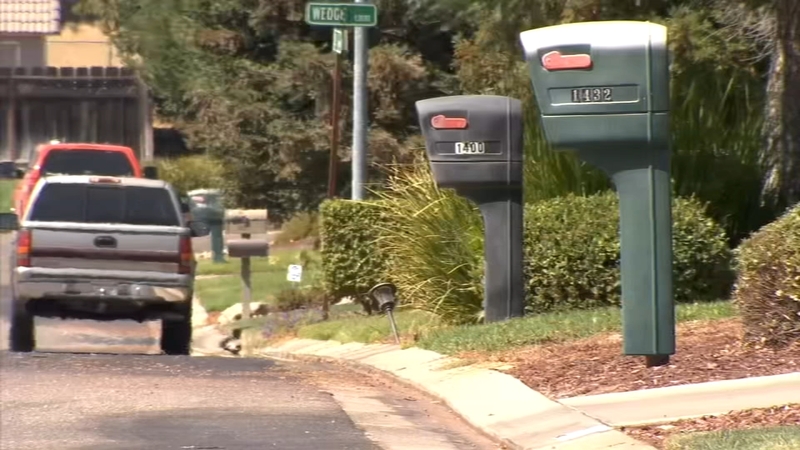 Merced County detectives are investigating a series of mail thefts - caught on camera.

Neighbors in this area say they've seen a spike in mail theft over the past month or so.

It's a concern not only because of the items themselves that are taken, but also the potential for identify theft.

This video shows a thief walking through a cul-de-sac in the Hillcrest area in the early morning hours of September 6 with a stack of mail stuffed under his shirt.

A man named Alan, who asked us not to use his last name, captured the footage from his home surveillance system. The suspect appears to turn and walk away after spotting the lights on Alan's large cameras tracking his movement. But then he stops to sit on a utility box and sort through his stolen stash.

"It was pretty brazen. I know he knows there are security cameras here. He must have figured they were too far away to make any good picture, or maybe he just doesn't care, and gets away with it enough that they're not afraid," Alan says.

Alan's auto-tracking cameras captured another man and woman who were reportedly stealing mail the next night and a third suspect about one month earlier.

Alan reported the latest theft to the Merced County Sheriff's Office, and detectives are now investigating.

"Those photos we see of those people really help us out because we tend to be dealing with the same people over and over again when it comes to these thefts. We know who they are, we know where to go find them, and those things really help us out," says Merecd County Sheriff's Office Deputy Daryl Allen.

Alan hopes more residents will equip their homes with cameras, and he recommends signing up for the US Postal Service's Informed Delivery, which allows you to see which mail is on the way to your home.

Alan says he's not sure if this area is targeted more often than others, but he and his neighbors are vigilant about updating each other and reporting the thefts to authorities.