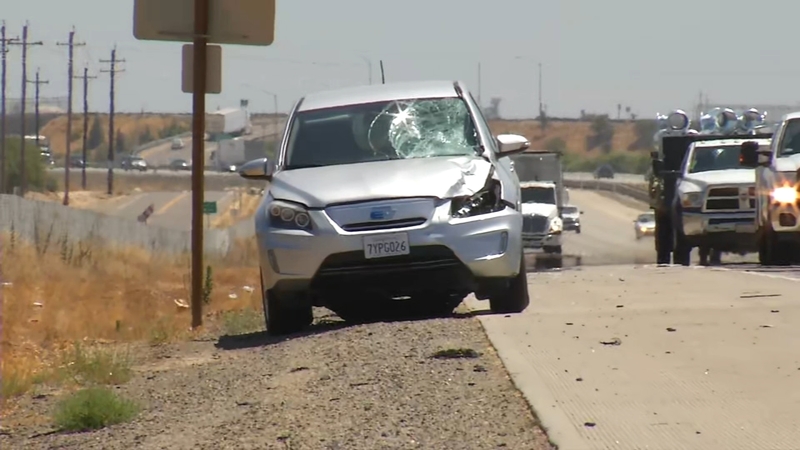 FRESNO, Calif. (KFSN) -- A woman is dead after she was hit by a car while running across Highway 99 in Merced County on Wednesday morning, the California Highway Patrol says.

Officials say a Toyota struck the woman as she crossed the northbound lanes of the highway between Sultana Drive and Westside Boulevard at around 12:30 a.m.

The driver of the Toyota stopped after the crash and moved the woman to the highway median while awaiting authorities.

Investigators say before the collision, the woman had been in another car with a man going southbound on Highway 99. Their car stopped at the side of the road, and for an unknown reason, the woman got out and ran across the highway.