Driver killed after crashing into trees, wall in Merced neighborhood

Detectives say speed played a factor in the crash.
KFSN 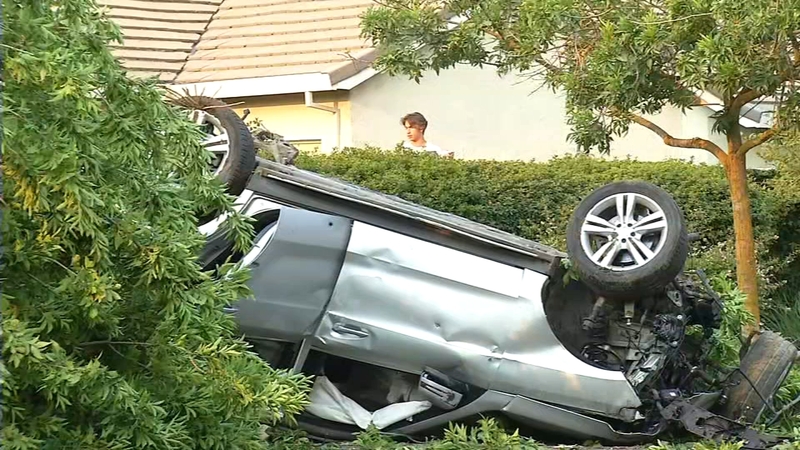 Driver killed after crashing into trees, wall in Merced

FRESNO, Calif. (KFSN) -- Merced police are investigating a deadly rollover crash that occurred in a busy neighborhood on Tuesday morning.

Officers responded to the crash just before 5 a.m. near Dunn Road and Crescendo Avenue.

Police say the driver had crashed through several trees and collided with the wall of a house. The driver died at the scene.

Detectives say speed played a factor in the crash.

"Constantly pulling people over asking them to slow down, giving them tickets, trying to get the message across. Unfortunately, this is the end result of that and exactly what we are trying to prevent," said Merced Police Sgt. Dan Dabney.

Investigators are now checking to see if the driver was also under the influence at the time of the crash.