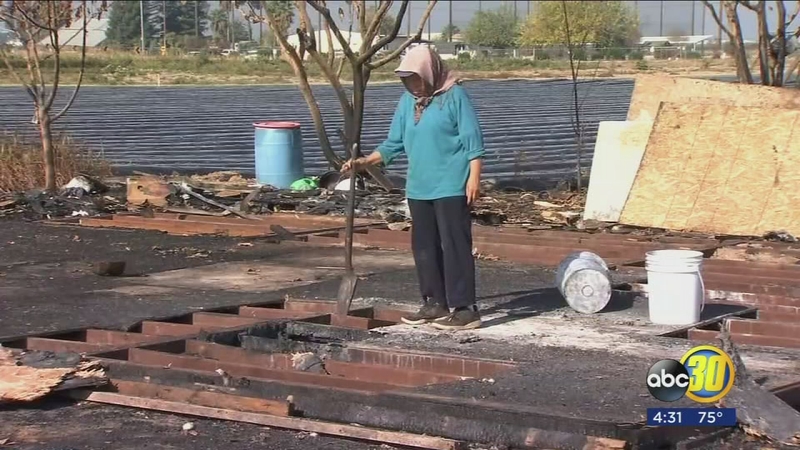 FRESNO, Calif. (KFSN) -- Fourteen hours a day, seven days a week, Seng Saephanh is on her hands and knees, picking what is in season.

She used to sell the produce at the fruit stand she owns with her family, but recently her livelihood went up in flames. Her source of income now reduced to charred rubble.

"Somebody calls me, your fruit stand burned down. I get here and everything is burned down."

The fire happened around 6:30 a.m. and Saephanh says she was visiting a sick relative in the hospital when she got the call.

Sheriff Vern Warnke was one of the first people on the scene and saw smoke coming from inside the building as he was headed to work--minutes after, the stand completely engulfed in flames.

"The acres of farming land has insurance but the stand itself isn't covered."

Saephanh's son, A Saetern, says they have had break in's in the past, but this fire seems suspicious.

"The shed doesn't have any electricity, there's nothing to start a fire, so how would a fire start is my question," said Saetern.

Saephanh says customers are now placing their orders over the phone. She picks them moments before they arrive.

The family hopes to rebuild by March of next year when their busiest season starts.