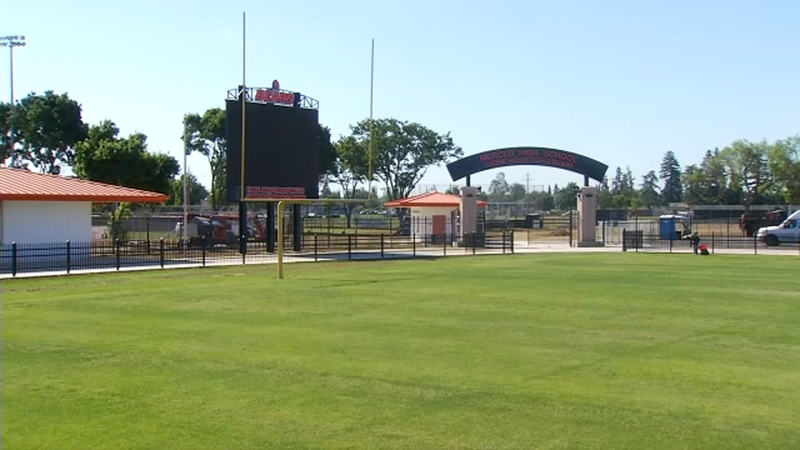 Complete with bleachers, a press box, scoreboard, concessions, and a ticket booth, it's a project Principal Marcus Knott believes the community has long deserved.

"The spirit of the Bear kind of lives in this community," Knott said. "This is the original high school in Merced and I think people really rallied together because it's long overdue."

As a graduate of Merced High's class of 1992, Knott knows all too well the efforts made to build a new football stadium that begin in the late 90s.

Just this past week -- it was the site of the first Merced High class to graduate on home soil.

"Knowing what it used to look like when I went to school here, you know what it looked like in my team as a teacher and a coach here, it's surreal walking back here," Knott said. "And knowing that this facility has been built from the ground up."

Between the district and fundraisers, the school raised nearly $2 million.

But a million-dollar gift from Merced County grower and real estate developer Greg Hostetler got shovels in the ground.

The stadium was named in honor of his late wife, Cathie, who passed more than a decade ago.

For Scheidt, it's a place to call home that will gives players and fans alike a new and unique experience on gamedays.

Back in '96, Scheidt's father Tom Scheidt led the charge on this project.

But the former Principal at Merced High passed away in 2020 and never got to see the finished product.

Now, his son can see it through.